Are we witnessing the prophecy of Joel begin to unfold before our eyes? 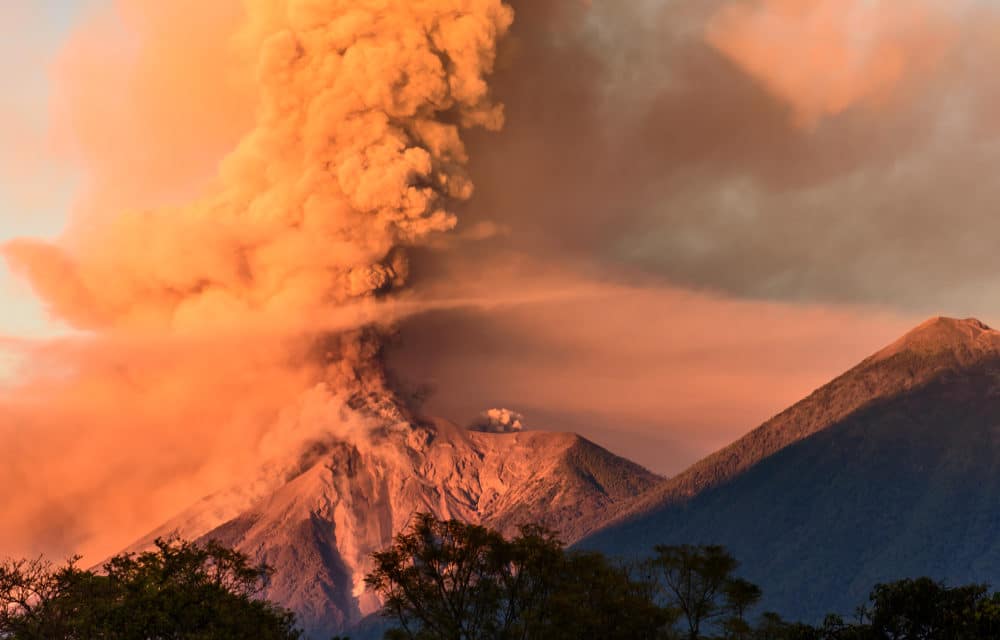 (OPINION) Ricky Scaparo – In the Word of God, there is an ominous warning regarding the “Last Days” and how it appears to indicate that humanity would experience violent volcanic eruptions in the earth prior to the coming of the Lord. In fact, the following passage of the Book of Joel gives us an image of what this will look like.

“And I will show wonders in the heavens and in the earth: Blood and fire and pillars of smoke. The sun shall be turned into darkness, And the moon into blood, Before the coming of the great and awesome day of the Lord. – Joel 2:30-31

The Prophet indicated that when this event begins to unfold we would witness eruptions that would be so great that the ash cloud of the eruptions would black out the sun during the day and cause the moon to be as blood at night. I remember back in the Gulf War when Saddam Hussein set fires to the oil fields in Iraq and the images depicted on the Main Stream news showing the moon looking like blood from the fires and smoke that burned throughout the night.

If anyone has been paying attention to the news lately we can definitely see how it appears that this event is definitely reflecting what we are reading and seeing in the news lately. For example, a recent article we shared went viral reporting of multiple volcanoes erupting around the World which included the Shishaldin Volcano in Alaska, Mexico’s Popocatépetl volcano that recently erupted back to life and has a deadly track record of burying entire Aztec cities in super-heated mud, and went dormant for about 1,000 years and began to re-awaken again in the 1990s. The Sabancaya volcano in Peru recently erupted and of course the recent explosive eruption of the Taal Volcano in the Philippines in which the recent report indicates that it is continuously erupting, sparking fears for hundreds of thousands of residents with a staggering 466 volcanic earthquakes recorded since Sunday.

One thing is for certain If we are truly entering the time that this Prophecy of Joel is coming to fruition than we haven’t seen anything yet and we are about to see even greater volcanic activity. We will likely witness more eruptions around the World and ancient volcanoes that have been dormant for years will suddenly awaken. I don’t want to leave you with all the grim news here. The good news is two-fold. At the beginning of this Prophecy by Joel, he indicates that there would be a great outpouring of the Holy Spirit that would also sweep the Globe in the midst of the disasters unfolding on the Earth.

And lastly, the Prophet Joel said that these things must take place BEFORE the great and awesome day of the Lord. So just as Jesus told us in the Gospel of Luke, “When we begin to see these things coming to pass, we should hold up our heads because our redemption is drawing near”!