Taal volcano has unleashed over 466 volcanic earthquakes, Residents on edge 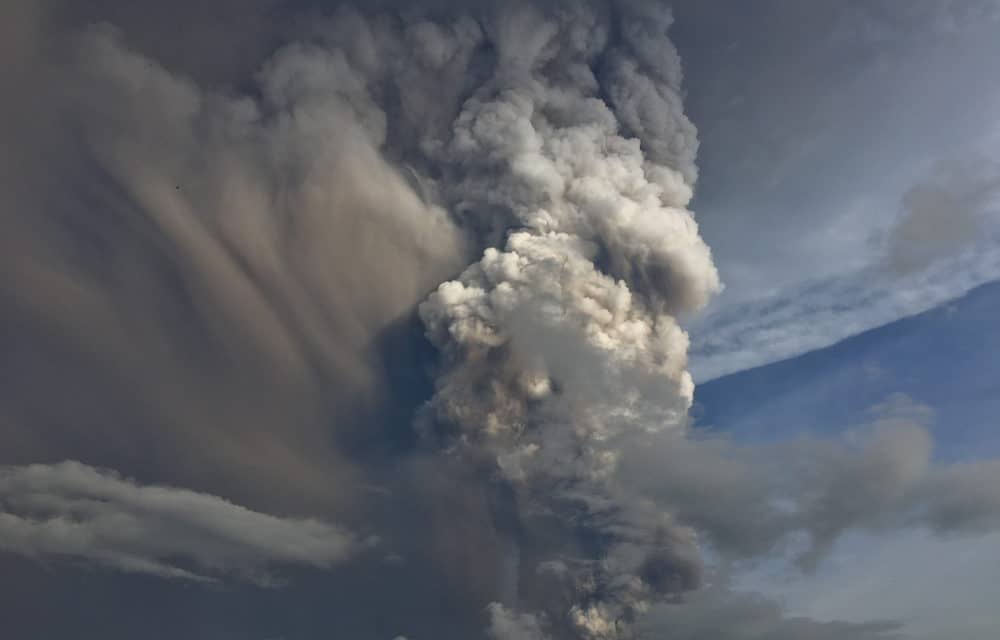 (Express) – Taal Volcano in the Philippines is continuously erupting, sparking fears for hundreds of thousands of residents with a staggering 466 volcanic earthquakes recorded since Sunday. Here is the latest information on the Taal Volcano. The Taal volcano is still erupting, and the Philippine Institute of Volcanology and Seismology (PHIVOLCS) said the volcano remains at a level four alert out of a possible five. The warning states an “explosive eruption is possible within hours to days.”

Thick layers of ash from the erupting volcano have covered land and lakes around the mountain, with stark images of half-buried animals in black sludge. Since Sunday, the volcano has been spewing lava and ash, with the authorities urging around 450,000 people to flee. PHIVOLCS said it supported a “total evacuation” of all residents who were within a 14km radius of the volcano. So far nearly 44,000 people have fled the 14km (nine-mile) danger zone around Taal. FULL REPORT