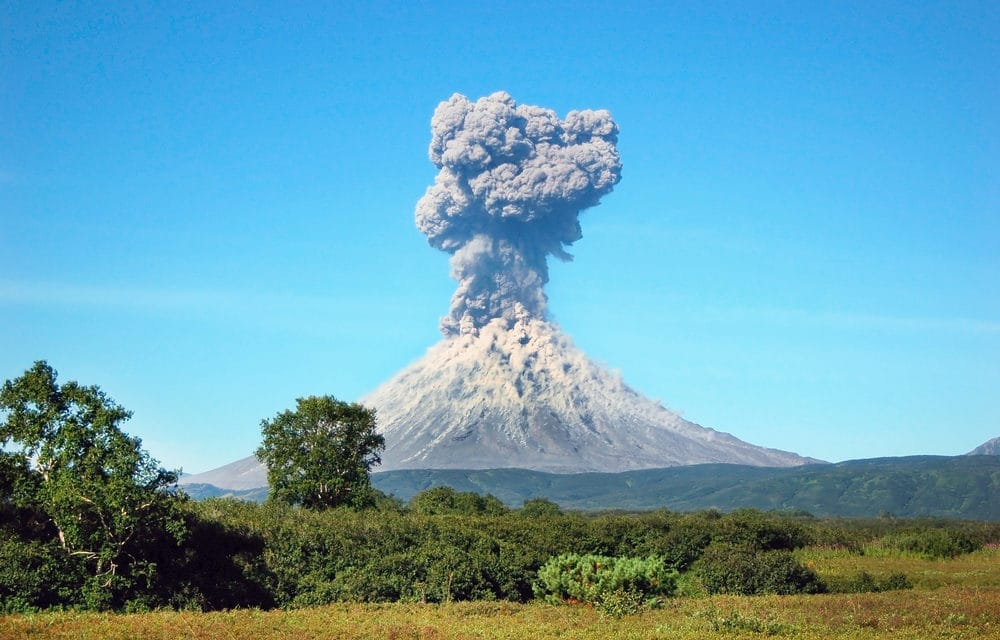 (OPINION) Michael Snyder – There certainly hasn’t been a lack of seismic activity so far in 2020. Just a few days ago, I wrote about the horrific earthquake swarm that Puerto Rico is currently experiencing. More than 1,000 earthquakes have rattled Puerto Rico so far, and as you will see below, it was just hit by another very large earthquake. But right now volcanic eruptions have taken center stage.

In particular, a massive eruption in the Philippines is making headlines all over the world, but what most people don’t realize is that several other volcanoes have also blown their tops in spectacular fashion within the past week. Suddenly, volcanoes all over the globe are shooting giant clouds of ash miles into the air, and this is greatly puzzling many of the experts.

Let’s review what we have witnessed over the past 7 days. Last Tuesday, one of the most important volcanoes in Alaska shot hot ash 25,000 feet into the air… Shishaldin Volcano erupted at 5 a.m. Tuesday, the Alaska Volcano Observatory announced and sent up an initial ash cloud to 19,000 feet. Clouds initially obscured the mountain, but satellite imagery confirmed the ash cloud, U.S. Geological Survey geophysicist Hans Schwaiger said.

Seismicity diminished for a few hours, but it then increased again. During the increase, the volcano spewed an ash cloud to 25,000 feet, the observatory announced. The later eruption increased the volume of ash. There are 5280 feet in a mile, and so we are talking about an ash cloud nearly 5 miles high. READ MORE