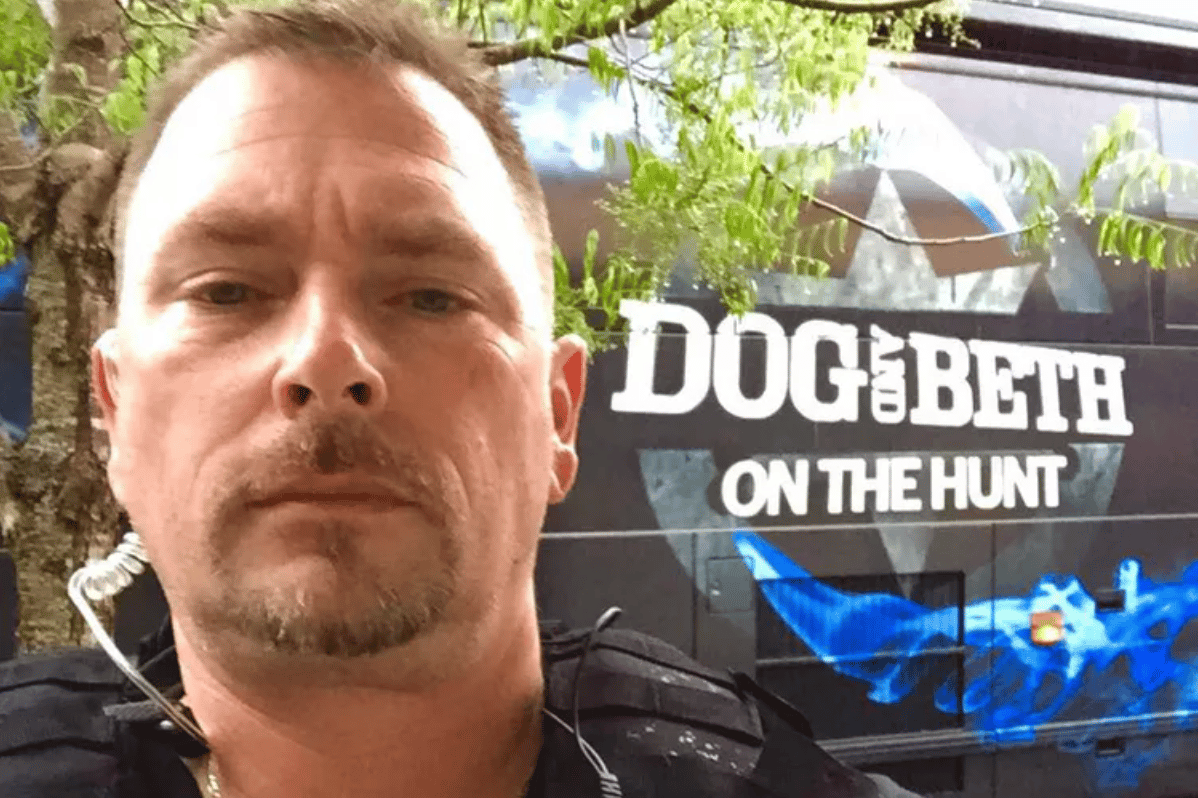 David Robinson, who starred alongside bounty hunter Duane “Dog” Chapman on the show Dog’s Most Wanted, died Wednesday. Robinson’s death was confirmed by his ex-wife Rainy Robinson, who costarred with him on the series.

“It’s sad,” she tells PEOPLE. “They are going to do an autopsy because he was so young. He just literally turned 50.”

“He had the best sense of humor,” she says. “Just a kind-hearted man. A sweet guy. He was a road racer so he loved those fast motorcycles. He would do 200 miles an hour. I am sure he is a little disappointed that he instantly died. Fell out of a chair. I am sure he would have much rather be going 250 miles around Laguna racetrack.”

Chapman told FOX News that he was “shocked and saddened by the sudden passing of my right-hand man for many years.” “Until we meet again, Brother,” he said.

Robinson’s wife, Brooke, wrote on Facebook that he died “suddenly” at their California home. “David was very healthy and was on a work call in our dining room when he collapsed,” she wrote. “Life-saving maneuvers were attempted and paramedics were called. David died in my arms.”

Robinson was one of the stars of WGN’s Dog’s Most Wanted, which premiered in 2019. According to the show’s website, Robinson worked with the Chapmans for almost a decade and specialized in “the tech aspect of hunting.” “It is hard to unplug from technology these days and David will use that to find you!” (SOURCE)