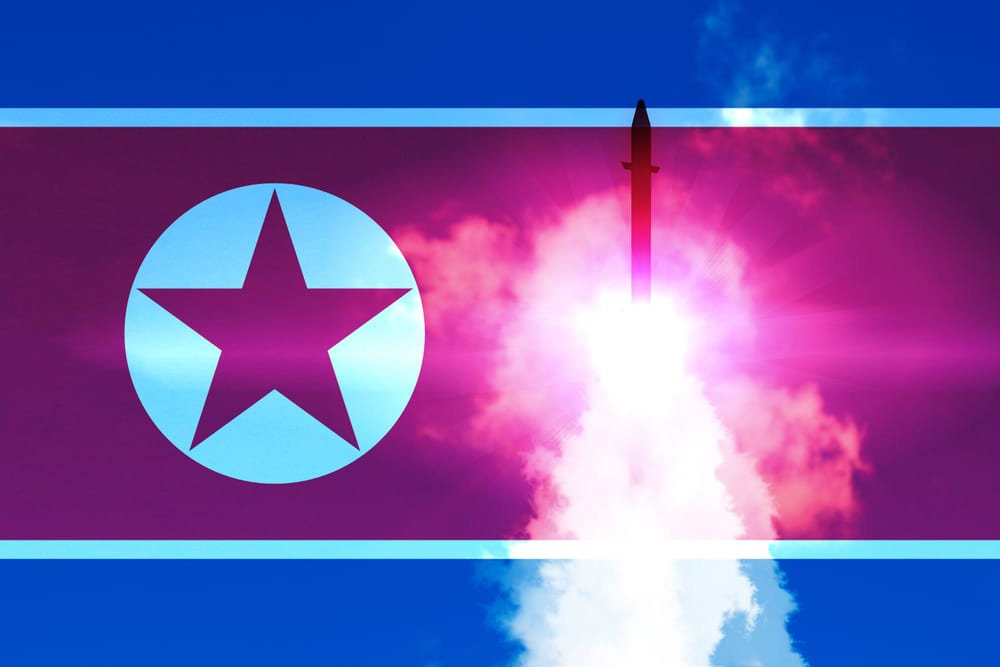 The US Air Force Misawa Air Base in Japan urged its personnel to take shelter after news broke of a ballistic missile being launched off the east coast of North Korea. According to outlets in South Korea, the latest rocket was fired early on Friday morning (November 18) and follows a succession of weapons tests conducted by Supreme Leader Kim Jong-un during recent weeks.

It is believed this projectile was an Intercontinental Ballistic Missile (ICBM) and the test follows reports of another at a similar time yesterday (Thursday, November 17), which the South claimed was aimed towards the Sea of Japan.

Japanese Prime Minister Fumio Kishida later confirmed that a missile fired from North Korea had landed in water to the west of Japan’s Hokkaido island.

Announcing the news to reporters in Thailand, where he is currently visiting, he said: “North Korea seems to have launched a ballistic missile that has landed on the west side of Hokkaido, inside Japan’s EEZ (Exclusive Economic Zone).”

That alleged missile launch had followed a warning, issued on the same day, from North Korea’s foreign minister Choe Son Hue, who had threatened to pursue “fiercer” military responses to apparent US attempts to bolster its security commitments to South Korea and Japan.

The foreign minister also stated his belief that a recent US-South Korea-Japan summit accord on North Korea would lead to tensions on the Korean Peninsula becoming “more unpredictable”. (SOURCE)