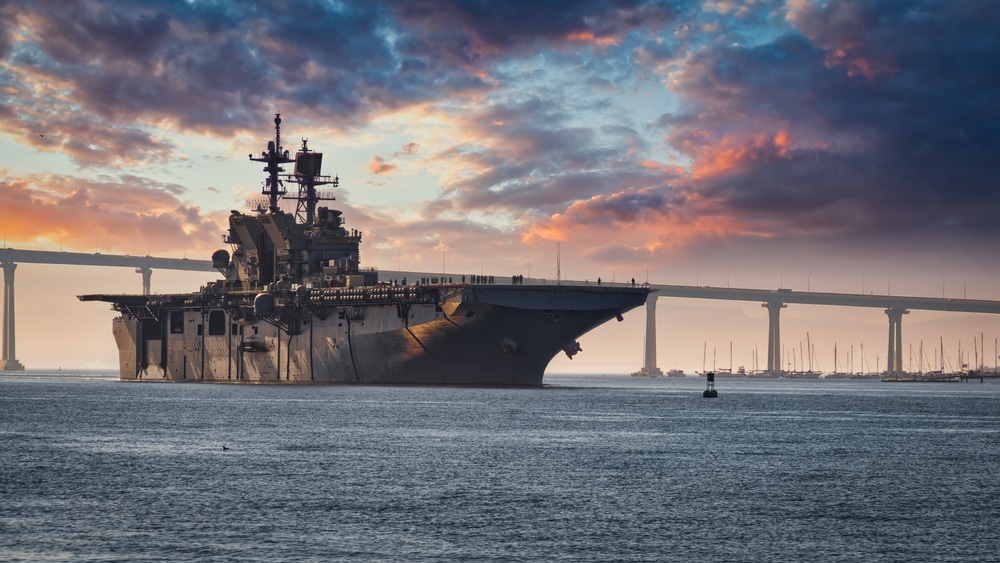 Today the US is deploying one of the world’s most advanced aircraft carriers to the Atlantic, complete with nuclear reactors and fighter jets. The USS Gerald R Ford is sailing from Virginia to the Atlantic Ocean and carrying a NATO strike group.

It’s unclear whether the launch is linked to the conflict in Ukraine but as the carrier cost the US more than $13billion (£11bn), the country’s navy is obviously keen to show it off.

The ship is powered by two nuclear reactors and can carry more than 70 aircraft, including deadly helicopters and jets. The Atlantic deployment is due to carry 9000 personnel from nine NATO countries, including the US, Canada, Finland, Denmark, France, Germany, the Netherlands, Spain, and Sweden.

Vice Admiral Dan Dwyer, Commander of the US 2nd Fleet, said: “The Atlantic is an area of strategic interest. Our primary goal is to contribute to a peaceful, stable, and conflict-free Atlantic region through the combined naval power of our Allies and partners. “The deployment of USS Gerald R Ford’s carrier strike group is the natural progression of our renewed commitment to the Atlantic.”

UK personnel won’t be aboard the ship this time. In August this year, the UK’s brand new £3bn aircraft carrier HMS Prince of Wales broke down almost immediately after beginning a voyage to the US. (SOURCE)