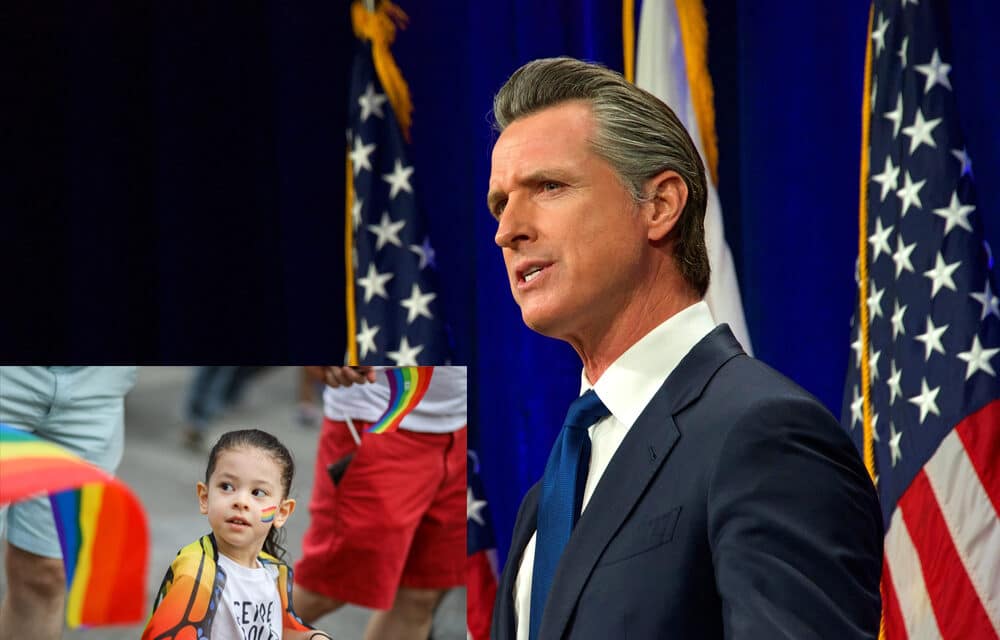 Gov. Gavin Newsom has signed a bill into law that would make California a sanctuary state for children seeking transgender medical treatment – even without their parent’s permission.

SB 107 will make California the go-to destination for gender-altering “care” for kids. The measure allows parents to medically transition their children if their home states forbid it. It also grants the courts “temporary emergency jurisdiction” over out-of-state minors if they are seeking transgender drugs, surgery, or mental healthcare.

The California Family Council says the law will usurp the rights of parents across the nation and allows minors to make medical decisions on their own that can result in irreversible genital mutilation.

“This threatens parental rights because any kid that makes it to California, even if they are brought here by a non-custodial parent, the courts here in California will temporarily remove those parents from custody and will start to transition the child without the parent’s approval,” Greg Burt, director of Capitol Engagement with the California Family Council said on Facebook. “This is a parent’s worst nightmare.”

As CBN News reported, SB 107 was introduced by state Sen. Scott Wiener (D-District 11) to fight against what he called “brutal attacks on transgender children” in states that have moved to protect impressionable minors from being sterilized by puberty blockers, cross-sex hormones, and sex-change surgeries.

Some states have labeled these irreversible gender-change efforts as child abuse when they’re performed on children who are too young to fully comprehend what they’re doing. Texas and Alabama are two states that are working to protect children and families.

Last April, Alabama Governor Kay Ivey signed a bill that makes it a felony for medical professionals to provide gender-altering medical care to people under 19. “If the Good Lord made you a boy, you are a boy, and if he made you a girl, you are a girl,” she said. “We should especially protect our children from these radical, life-altering drugs and surgeries when they are at such a vulnerable stage in life.”

In February, Texas Gov. Greg Abbott told his state’s Department of Family and Protective Services it could conduct investigations of any reported instances of minors undergoing “elective procedures for gender transitioning.” Weiner has declared that his bill would allow parents and doctors to escape prosecution in California for violating the laws of other states that have banned using trans-treatments on minors. However, opponents of his bill say it essentially legalizes kidnapping children from parents of other states if the children are brought to California for trans-treatments. (SOURCE)