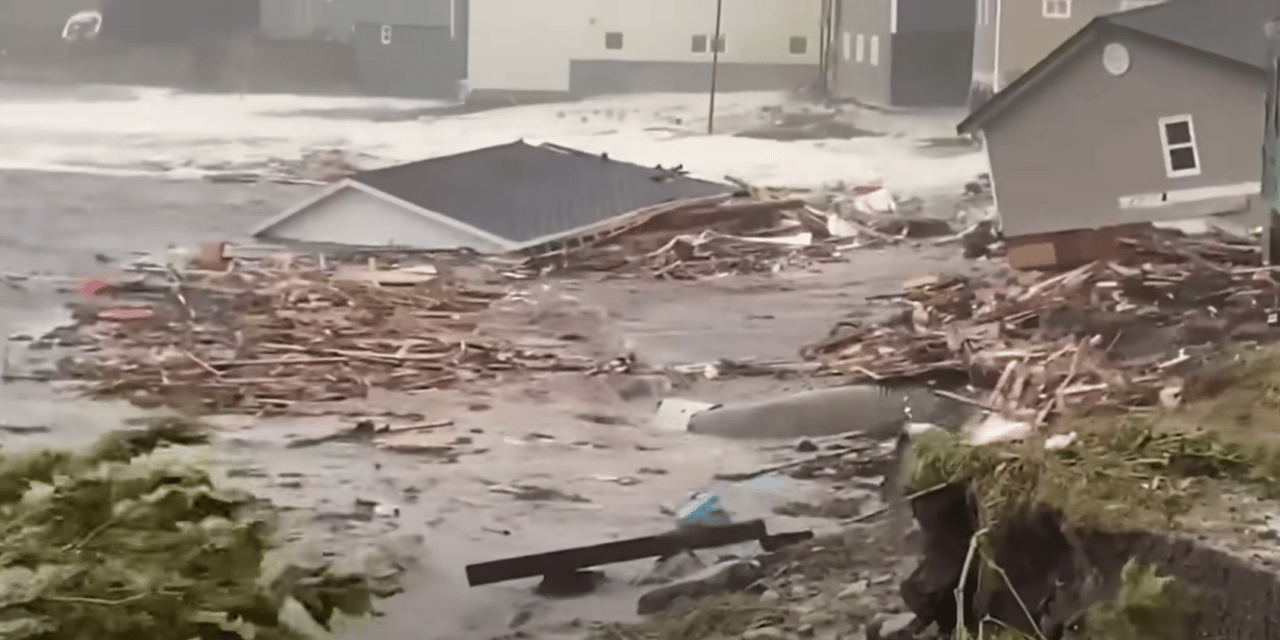 Canada’s Atlantic coast has been left reeling after a devastating and record-breaking hurricane struck. Hurricane Fiona made landfall yesterday, sparking almost immediate power cuts and flooding along the coastline. Footage from Newfoundland town Port aux Basques captured the moment entire houses were swept out to the water, as officials grapple with the damage.

The mayor of the port town Brian Button told reporters: “What’s actually happening here is total devastation.” He declared a state of emergency after the area was pounded by severe winds and storm surges.

He added: “Gusts of 140 km/h have been reached in Sidney, NS & hundreds of thousands are without power. “Houses being swept into the Atlantic Ocean in the southwestern corner of Newfoundland, Canada, due to Fiona’s storm surge.” Winds reached up to 148 km/h (92 mph) as Fiona raced through Nova Scotia, Prince Edward Island and New Brunswick.

While the US National Hurricane Center (NHC) downgraded Fiona to a Post-Tropical Cyclone, Canada’s Hurricane Centre (CHC) insisted: “We’re still not out of this yet.” Ian Hubbard, a meteorologist for the CHC, said: “It did look like it had the potential to break the all-time record in Canada, and it looks like it did.” (Express)