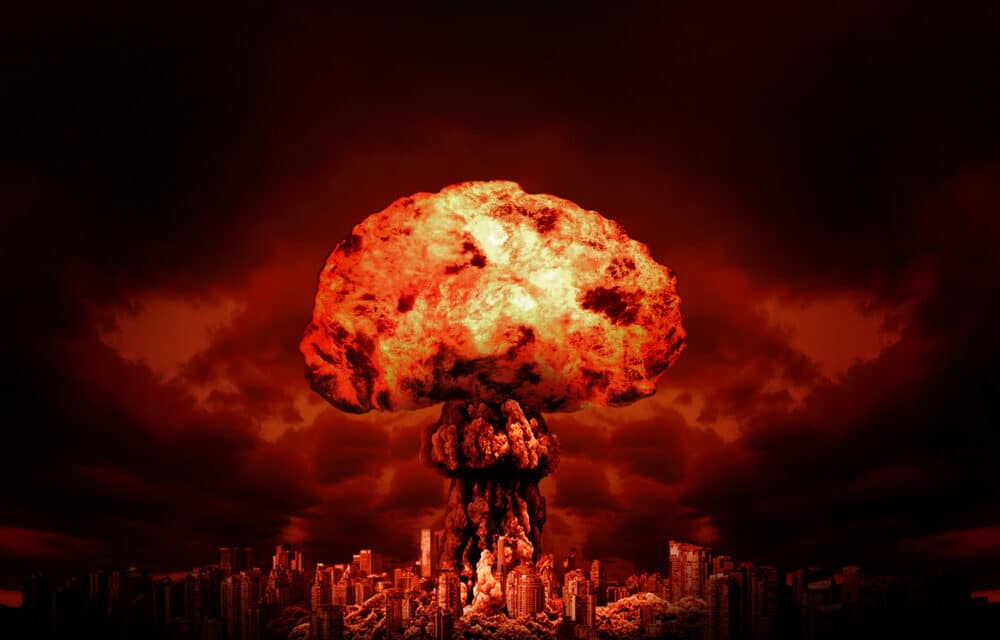 (OPINION) More than five billion people would die following a nuclear war between the US and Russia in a battle for food, a study claims. Scientists believe the fallout from a mega nuke apocalypse would have a disastrous impact on food production – wiping out whole populations from starvation.

Boffins at Rutgers University have completed details analysis of the impact of a nuclear winter – and the results are chilling. They believe the catastrophic repercussion of a nuke battle would see more than five billion people starve to death globally in the years after, on top of the vast numbers killed in the war.

Countries including the UK, US, Germany, France, and China would see sheer devastation, with almost everyone dead by the second year, according to the study. On the flip side, countries such as Argentina and Australia would thrive in comparison, with zero deaths despite the assumption all livestock would be dead and there would be no trade with other nations.

Professor Alan Robuck, of Rutgers University in New Jersey, said: “Everybody understands that the direct effects of nuclear war would be horrific, as we saw in Hiroshima and Nagasaki. “Our work shows that more than ten times as many people could die in the rest of the world because of the impacts on climate and agriculture.”

In the study, published in the journal Nature Food, scientists considered six scenarios involving nuclear wars of different sizes – including between India and Pakistan and the US and Russia. They calculated how much sun-blocking soot would enter the atmosphere from firestorms created by the detonation of nukes.

Even the smallest conflict could see more than a billion people denied food because of crop failure – dwarfing the number killed in the actual battle at between 50-100 million. But a full-scale nuclear war could see such a huge decline in crop yields that 75 percent of the world’s population would starve to death in just two years.

Scientists came up with estimates by ignoring the initial death count from nuclear weapons and instead modeled the decline in agriculture from the drop in sunlight because of soot and temperatures. In most countries, they believe there would be at least a 90 percent reduction in calories. READ MORE