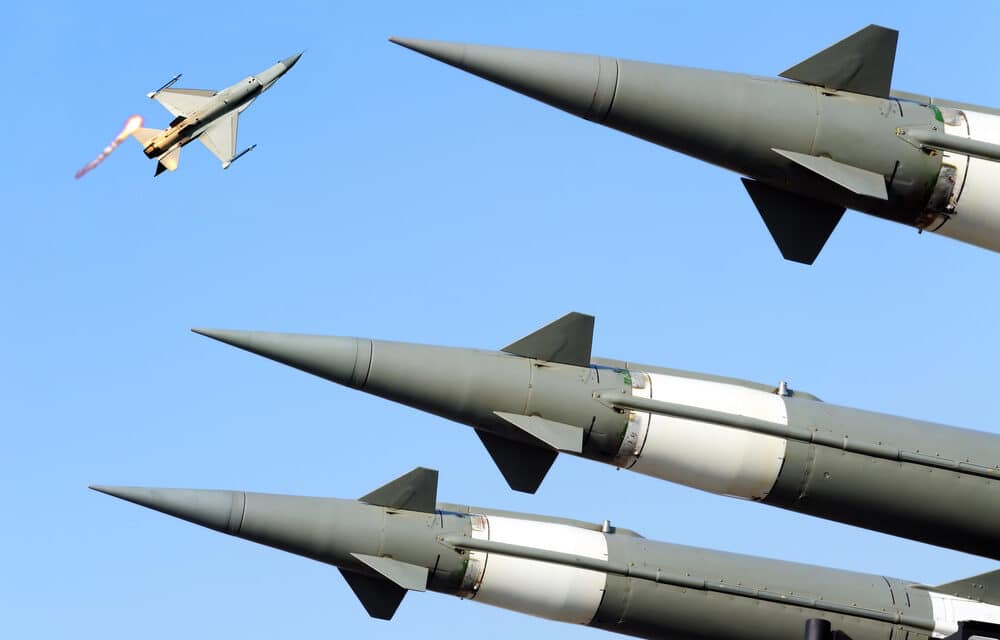 Tensions between Russia and NATO member Poland have been cranking up to a boiling point in recent days amid Russian claims that it has killed ‘up to 80 Polish mercenaries’ in missile strikes.

According to the Daily Mail, The reported losses come on the same day that Russia confirmed it has removed a Polish flag from a memorial commemorating the murder of thousands of Poles by the Soviet Union in 1940. To the north, Moscow has been furious over Lithuania’s blocking of EU-sanctioned goods from reaching the Russian exclave of Kaliningrad, sandwiched between the Baltic state and Poland.

This has prompted Poland to call on NATO to further bolster its security presence in the Suwalki Gap, the narrow corridor of territory that connects the three Baltic states to the rest of their NATO allies and separates Kaliningrad from Russian ally Belarus. ‘We are going to seek the reinforcement of this corridor… in our talks with our partners from NATO,’ Mateusz Morawiecki told a news conference in Brussels after a European Union summit.

Kaliningrad and the Suwalki Gap, on Polish territory, would be ground zero for any military conflict between NATO and Russia, as Vladimir Putin would immediately move to cut the Baltic states of Lithuania, Latvia, and Estonia off from the rest of NATO and shore up the isolated exclave from inevitable NATO strikes.

This week Moscow warned of ‘very tough actions’ against Lithuania after deliveries of coal, metals, construction materials, and advanced technology were stopped passing through its territory on the way to Kaliningrad. The Lithuanian chargé d’affaires in Moscow were told that unless cargo transit was resumed in the near future, Russia reserves the right to act to protect its national interests.

Such talk has prompted Poland to request additional NATO fortifications around the town of Suwalki in order to safeguard Lithuania’s security from Russian incursions. Russian claims of wiping out 80 Polish fighters will only add to the tensions.

‘Up to 80 Polish mercenaries, 20 armored combat vehicles, and eight Grad multiple rocket launchers were destroyed in precision strikes on the Megatex zinc factory in Konstantinovka’ in the Donetsk region, the Russian defence ministry said in a statement that could not be independently verified.

Putin told Belarusian President Alexander Lukashenko at a meeting in St. Petersburg the missile systems “can use both ballistic and cruise missiles, both in conventional and nuclear versions,” according to the Kremlin. Russia launched its February 24 invasion in part from Belarusian territory, which borders Ukraine to the north.

Throughout the war, Moscow has used Minsk as a satellite base including for many of Russia’s air operations in Ukraine, according to intelligence collected by NATO surveillance planes. On Saturday, Ukraine claimed Russian forces had fired multiple missiles on the Kyiv, Chernihiv, and Sumy regions from Belarus.

According to CNN, In a transcript of the meeting, Lukashenko expressed to Putin his “stress” over what he alleged are flights by United States and NATO planes “training to carry nuclear warheads” close to Belarus’ border. He asked Putin to consider “a mirrored response” to the flights or to convert Russian fighter jets, which are currently deployed to Belarus, to “carry nuclear warheads.”

Putin replied that “there is no need” to match the US flights and suggested Belarus could modify its own Su-25 aircraft to be nuclear-capable instead. “This modernization should be carried out at aircraft factories in Russia, but we will agree with you on how to do this. And accordingly, start training the flight crew,” Putin said.