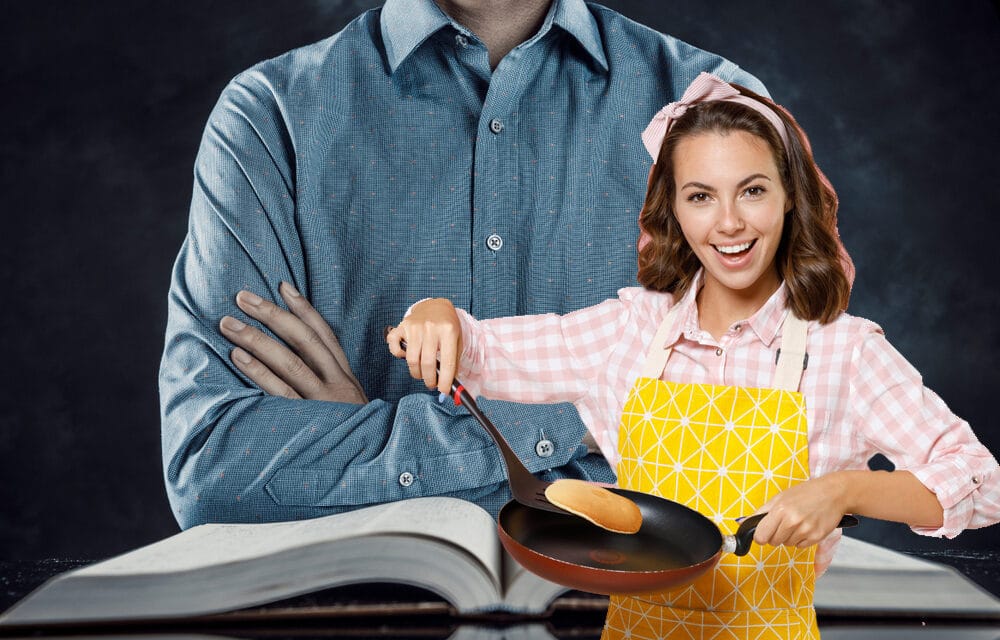 (OPINION) According to Newsweek, A California pastor has called upon women to make their husbands pancakes on demand. Pastor Jared Pozarnsky, of Hold Fast Baptist Church in Fresno, made the bizarre statement during a sermon about the content of the Acts of the Apostles, one of the books of the New Testament.

In a video, uploaded on June 24, Pastor Pozarnsky then brought up a passage from the New Testament’s Ephesians that outlines the Biblical perspective on relationships between family members. Passages in Ephesians say that wives should “submit” to their husbands as he is “the head of the wife.”

Husbands, however, are simply told to “love” their wives. He added: “It says the wives to be subjected to their husbands in everything. Everything. So, you know, that’s not popular today but there’s a lot of things that are left up to the husband. The pastor later added: “If I came home and my wife had a whole meal on the table and I said, I want pancakes.

And she’s like ‘oh man, but I’ve already made hamburgers.’ “And I’m just like, ‘I just have to have pancakes right now.’ Look, she should make pancakes.” Pastor Pozarnsky continued: “That would be kind of a jerk thing for me to do, and I wouldn’t do that.

“In 23 years I’ve never done that but the point is, the husband is in charge in everything. And if I want pancakes over hamburgers that’s not against what the Bible says.”

The pastor conceded there was no law that would compel a wife to make pancakes for her husband, but he added it was not in keeping with his view of the message of the Bible. He added: “There’s no sheriff that’s going to come over and tell my wife to make pancakes if she doesn’t listen to me. If she won’t make pancakes and is like ‘no, eat your hamburger.’