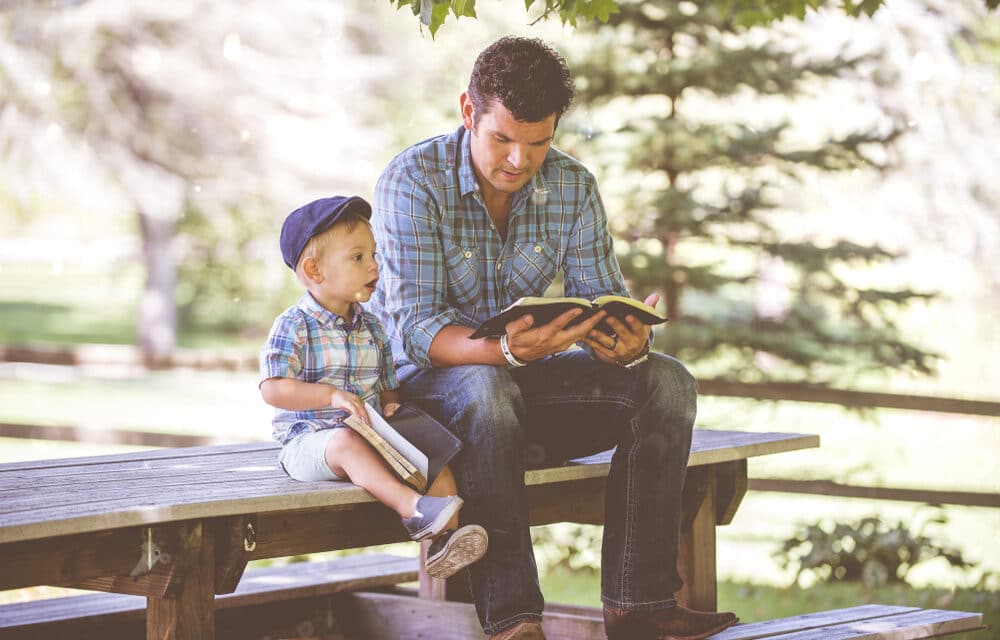 They’re listening to their parents, and they’re trying to put those two things together,” said George Barna, CRC Director and FRC Senior Research Fellow for the Center for Biblical Worldview. “The problem is, they’re seeing a contradiction between word and deed. The conclusion we discovered that children draw is, ‘what a shame.

My parents seem as confused as I am. So, this faith that they’re talking about must not have the answers.'” The statistics are appalling. Among American parents of children under age 13, only two percent have a biblical worldview, and even among self-identified born-again Christians, the number is only eight percent.

“Between 15 to 18 months of age is when most children start forming their worldview,” explained Barna on Washington Watch. “By the age of 13, it’s almost completely in place.” Barna’s worldview research discerns the presence of a biblical worldview with questions about biblical inerrancy, the character of God, the life of Christ, absolute moral truth, and salvation by faith.

Just because parents aren’t consciously building their children’s worldview doesn’t mean one isn’t forming. “A child needs a worldview, so if we don’t help them develop it, somebody else will.” Barna’s research found “four major influences on worldview”: public schools, media, arts and entertainment, and “the laws of the land… because that’s what teaches us right from wrong partly.” So, if a biblical worldview isn’t dominant, what is?

“More than nine out of 10 parents of preteens (94 percent) have a syncretistic worldview — a grab bag of beliefs and behaviors taken from a variety of philosophies of life,” said Barna. “Most parents mix some biblical ideals with… Marxism to Eastern mysticism and everything in between.”

Throw in a little Marxism there, a bit of Eastern mysticism there, season generously with nationalism, stir in a dollop of post-modernism, and garnish with secular environmentalism — and parents have concocted for their own worldview and their children’s a witch’s brew more poisonous than nutritious.

God does not accept syncretistic worship (Exodus 34:14). Part of the problem is the teaching in churches, neither equipping children with a biblical worldview, nor empowering parents to do so. “We’re telling them Bible stories, but not teaching them biblical truths,” lamented Perkins.

Instead of teaching the Bible and worshiping God, Barna added, churches are busy measuring the “numbers of people showing up.” Sure, a brief, flashy performance might draw a crowd for now. But if churches neglect the core distinctives of Christianity, why should anyone bother even showing up for the long haul?

If the church becomes merely a forum for social interaction, families may as well spend their Sunday on the lake, at a cookout, or at the ballpark. Community outreach is fine, even necessary. But churches can’t stop there. Perkins shared his own childhood experience in an unchurched home and then attending Vacation Bible School.

He came for the cookies and stayed for eternal life. “I’m grateful that the church I was in… taught the Scripture. And so I developed that biblical worldview.” The church didn’t just teach Tony; his whole family was saved as a result. “I can recall my dad reading Our Daily Bread and the Bible,” Perkins continued.

“I saw the Bible was important to him, so it became important to me.” FRC President Tony Perkins asked Barna about the prospect for parents who lack a solid biblical foundation to be able to instill in their children, “how can you teach what you don’t have?” Barna responded that an “outsourcing approach to parenting” is not the solution, even if it is “the chief parenting strategy of most young parents today.”

Hiring teachers, coaches, tutors, and pastors are risky, because who knows what behaviors they’re going to model? No, the responsibility lies squarely on parents. “George and I are not giving our opinion,” said Perkins. “It’s God’s word. He’s the one that says parents are responsible for teaching their kids.

So I can’t apologize for that.” Long before the invention of social science research techniques, God in his infinite wisdom designed a perfect mechanism for moral instruction: the family. “A worldview isn’t just what you believe,” said Barna. “It’s also how you behave, because you do what you believe.” When confronted with the bleak outlook that Barna’s data show, we have two options. FULL REPORT