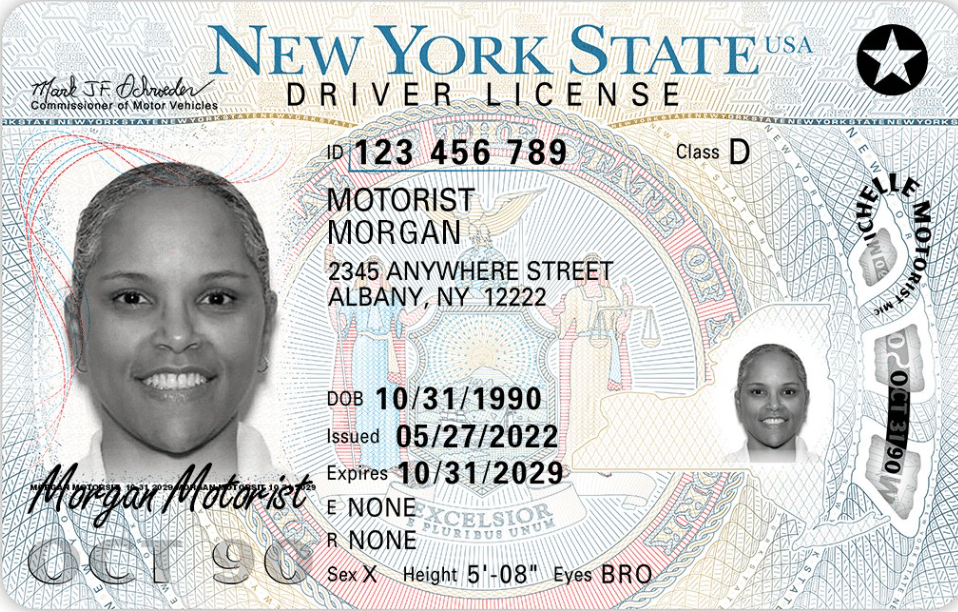 New York residents will now have the option to choose “X” as their gender marker on their state-issued IDs, Governor Kathy Hochul announced Friday.

The change applies to driver’s licenses, learner permits, and non-driver IDs. The new policy was rolled out just days before the start of Pride Month and is part of New York’s Gender Recognition Act, which will go into effect on June 24.

“Every person, regardless of their gender identity or expression, deserves to have an identity document that reflects who they are,” New York Gov. Kathy Hochul said. “My administration remains committed to ensuring that New York is a place of value, love, and belonging for members of the LGBTQ+ community.”

New Yorkers: You can now choose “X” as a gender marker on your driver license.

Every person deserves to have an identity document that reflects who they are.

This is a historic change in our fight to make New York a more inclusive and just state for all. pic.twitter.com/hogp3Uj1I2

New York residents who already have a state-issued ID will have the option to change their gender marker from “M” or “F” to “X” at the DMV. Those applying for a state-issued ID for the first time will also have the option to select “X.” “As we prepare to celebrate Pride Month in a few days, I am excited to announce this historic change that represents another victory in our fight to help ensure equality and respect for the LGBTQ+ community,” Hochul said in the release.

The Gender Recognition Act will go into full effect on June 24. In addition to allowing New Yorkers to change their gender marker, the legislation will allow them to attest to their own gender identity when petitioning a court or updating an identification document, eliminate the requirement to publish name changes in a local newspaper, and allow parents the choice to be designated as “father,” “mother” or “parent” on their child’s birth certificate.

The decision comes as several states have pushed a rash of anti-transgender legislation led by Republicans. In April, Oklahoma Gov. Kevin Stitt signed a law banning nonbinary gender markers on birth certificates. And earlier this week, Indiana banned transgender women and girls from competing on public school sports teams consistent with their gender.