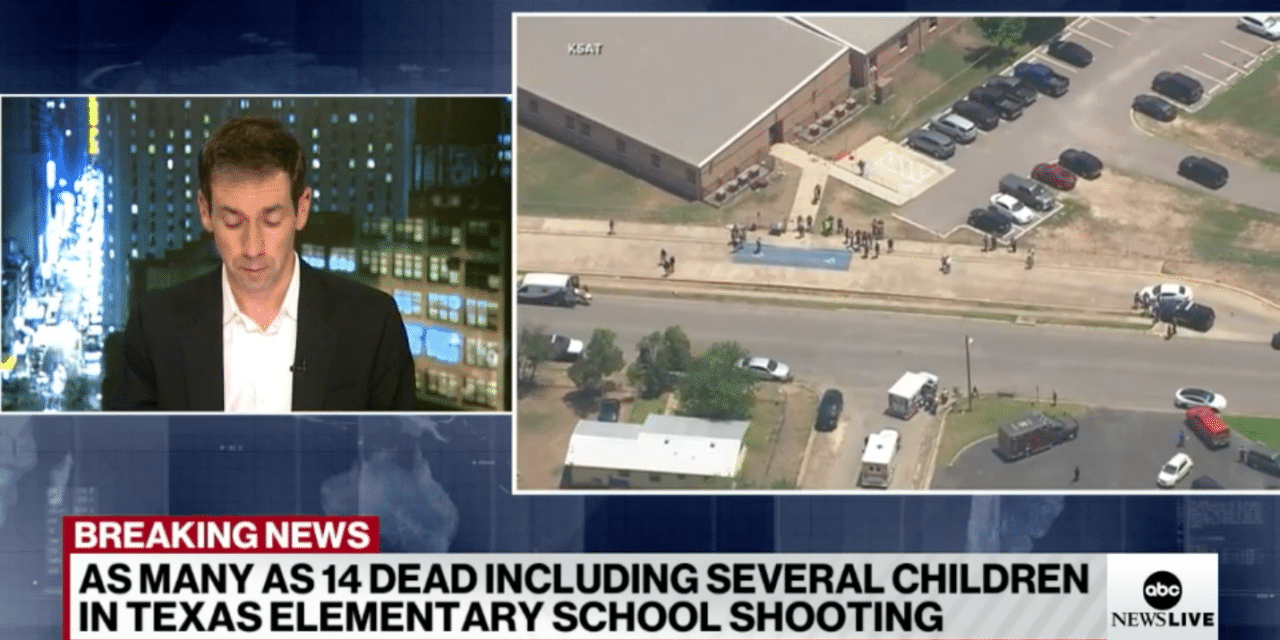 Fourteen students and a teacher are dead after a shooting at Robb Elementary School in Uvalde, Texas, according to Gov. Greg Abbott. The 18-year-old suspect, a student at Uvalde High School, is also dead, he said.

“He shot and killed horrifically and incomprehensibly 14 students and killed a teacher,” Abbott said during an unrelated press briefing. The suspect also allegedly shot his grandmother before entering the school and again opening fire, Abbott said. He did not say anything further about her condition.

Abbott said the shooter had a handgun and also possibly a rifle. Uvalde Memorial Hospital had said 15 students were being treated in the hospital’s emergency department in the wake of the incident. Two patients were transferred to San Antonio for treatment, while a third was pending transfer, the hospital said.

A 45-year-old was also hospitalized after getting grazed by a bullet, the hospital said. University Health in San Antonio said it had two patients from the shooting incident — a child and an adult. The hospital said the adult — a 66-year-old woman — is in critical condition. It did not have an update yet on the condition of the child. The Children’s Hospital of San Antonio said it has also received patients from the shooting.

Though the details of the shooting are unclear, the district said that there had been an “active shooter” at Robb Elementary in Uvalde, Texas. The Uvalde Consolidated Independent School District — located about an hour and a half west of San Antonio — tweeted that there is “an active shooter at Robb Elementary,” adding, “Law enforcement is on site.

Your cooperation is needed at this time by not visiting the campus. As soon as more information is gathered it will be shared.” At approximately 2:00 p.m. local time, the district said parents were cleared to pick up their children at the local civic center.