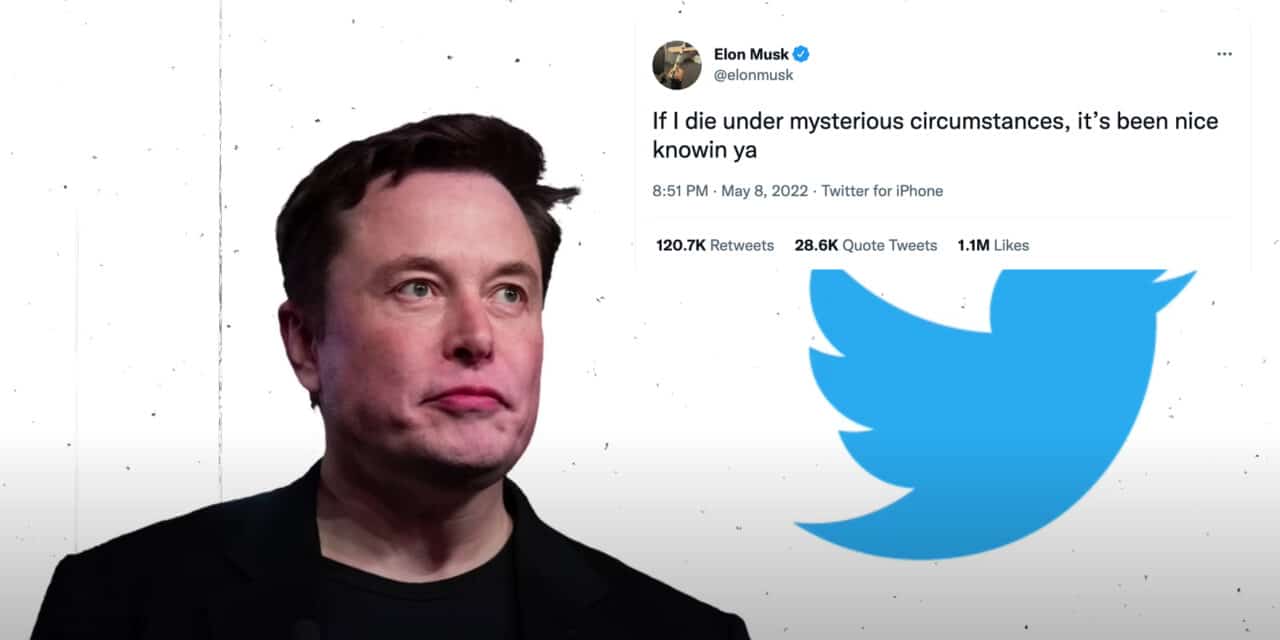 “No, you will not die. The world needs you to reform,” one user said in the comments. “Why would you even play like that?” another worried fan said. This comes just minutes after Musk fired off a couple of tweets about apparently receiving a chilling message in the Russian media. “The word ‘Nazi’ doesn’t mean what he seems to think it does,” Musk said and attached what appears to be a translation from a Russian media outlet.

“From the testimony of the captured commander of the 36th Marine Brigade of the Armed Forces of Ukraine, Colonel Dmitry Kormyankov, it turns out that the internet terminals of Elon Musk’s Starlink satellite company were delivered to the militants of the Nazi Azov Battalion and the Ukrainian Marines in Mariupol by military helicopters,” Musk’s post reads.

“According to our information, the delivery of the Starlink equipment was carried out by the Pentagon.” “Elon Musk, thus, is involved in supplying the fascist forces in Ukraine with military communication equipment. And for this, Elon, you will be held accountable like an adult – no matter how much you’ll play the fool,” it continued.

Many commentators suggested that Musk might be afraid of former President Bill Clinton and his wife, former Secretary of State Hillary Clinton, playing off of the conspiracy theory that the Clintons were involved in Jeffrey Epstein’s suicide.

“Do you have dirt on the Clintons?” digital strategist Greg Price asked. “Wait… what do you know about Hillary Clinton?” comedian Tim Young asked. “The Clintons” began trending on Twitter, in part due to Musk’s tweet, which garnered more than 52,000 “retweets” Sunday night.

Others referenced a tweet from John McAfee on Oct. 15, 2020, in which the computer programmer and anti-virus software producer stated that he had no intentions of committing suicide after he was arrested in Spain on tax evasion charges. “I am content in here. I have friends. The food is good. All is well. Know that if I hang myself, a la Epstein, it will be no fault of mine,” McAfee tweeted.