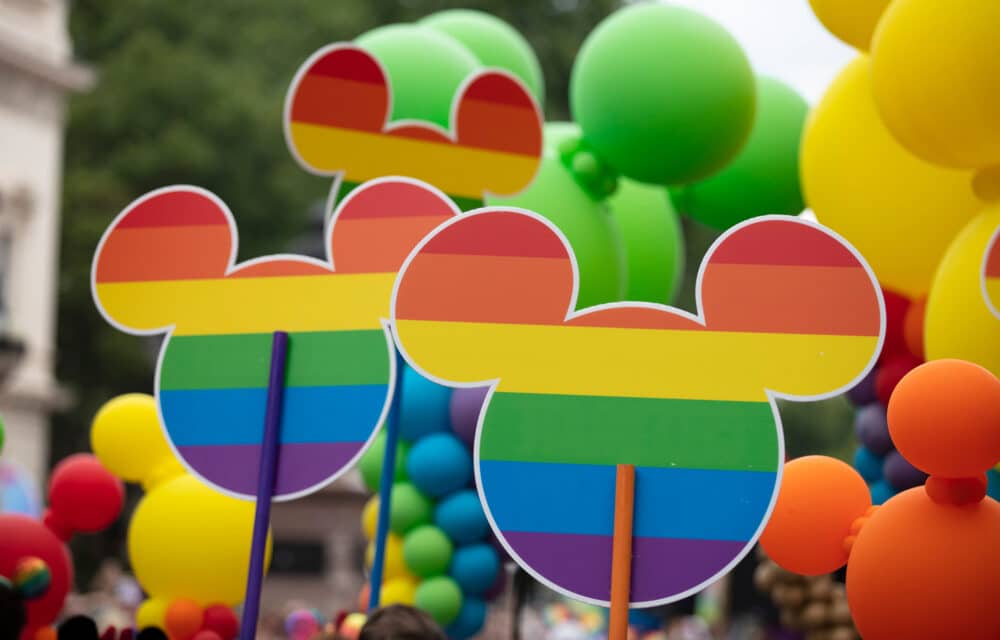 Disney has released their new “Pride Collection,” a clothing line for children that comes on the heels of the entertainment company’s adversarial response to Florida’s new parental rights in education bill and amid its escalating attempts to include LGBTQ themes and characters in children’s animated series and other programming.

The new clothing line, which had previously been referred to as the Rainbow Disney Collection, launched on Monday. All of the products in the new Disney collection are emblazoned with the LGBT movement’s rainbow pride flag. It comes out prior to the month of June, which LGBT advocates celebrate as a so-called pride month.

“The Disney Pride Collection was created by LGBTQIA+ employees and allies at The Walt Disney Company and is a reflection of their incredible contributions and place at the heart of the company,” Disney said in a statement. “We stand in solidarity with our LGBTQIA+ community everywhere.”

The company also said they would be donating all profits from sales of the new collection. The merchandise is being sold through its theme parks, Disney retail outlets, and online.

“The Walt Disney Company will be donating all of our profits from the Disney Pride Collection sales now through June 30, 2022, to organizations that support LGBTQIA+ youth and families. This includes sales of Pixar, Marvel, and Star Wars Pride Collection merchandise,” the statement continued.

As CBN News has reported, Disney has marketed LGBT-themed clothing to children since 2018. Last year, the company promoted at least 30 products featuring the LGBT rainbow flag in conjunction with iconic characters and trademarks, including Mickey and Minnie Mouse, Goofy, Stitch, Donald Duck, the Pixar animation logo, the Star Wars logo, and the Marvel logo. READ MORE