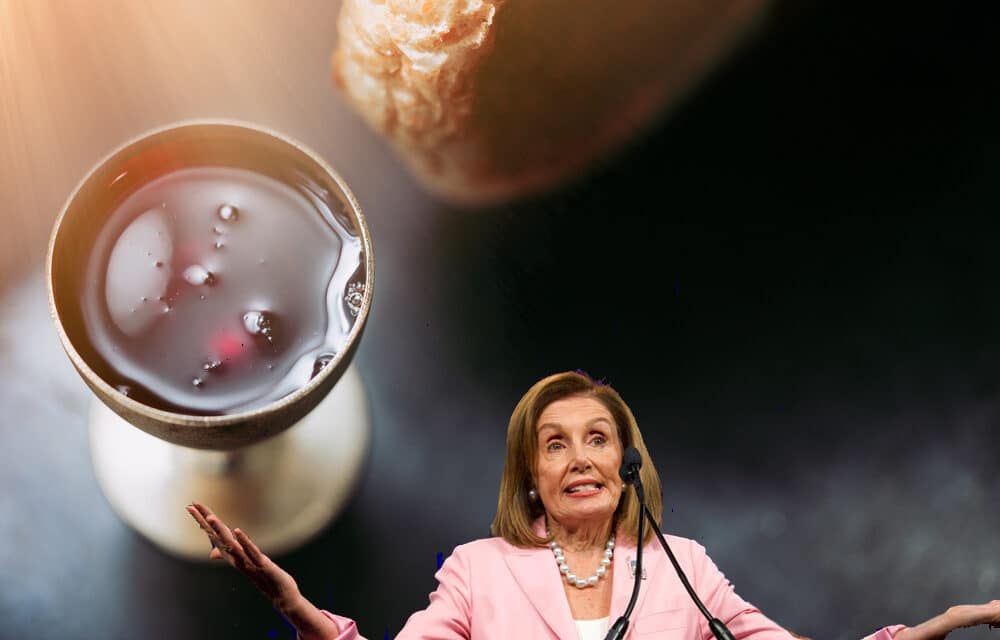 San Francisco Archbishop Salvatore Cordileone announced Friday that House Speaker Nancy Pelosi is barred from receiving Holy Communion due to her pro-abortion stance — marking an escalation in a decades-long tension between the Roman Catholic Church and liberal Democratic politicians on abortion. Cordileone has written to the California Democrat, informing her that she should not present herself for Holy Communion at Mass, and that priests will not distribute communion to her if she does present herself.

“A Catholic legislator who supports procured abortion, after knowing the teaching of the Church, commits a manifestly grave sin which is a cause of most serious scandal to others. Therefore, universal Church law provides that such persons ‘are not to be admitted to Holy Communion,'” he says in the letter.

The Catechism of the Catholic Church is unambiguous on the question of abortion, both in procuring one and assisting in the practice: “Since the first century the Church has affirmed the moral evil of every procured abortion,” the catechism says. “This teaching has not changed and remains unchangeable.”

“Direct abortion, that is to say, abortion willed either as an end or a means, is gravely contrary to the moral law,” it says, before calling abortion and infanticide “abominable crimes.” It also declares that “Formal cooperation in an abortion constitutes a grave offense. The Church attaches the canonical penalty of ex-communication to this crime against human life.”

“As you have not publically repudiated your position on abortion, and continue to refer to your Catholic faith in justifying your position and to receive Holy Communion, that time has now come,” Cordileone said in the Thursday letter.

“Therefore, in light of my responsibility as the Archbishop of San Francisco to be ‘concerned for all the Christian faithful entrusted to [my] care’ (Code of Canon Law, can. 383, §1), by means of this communication I am hereby notifying you that you are not to present yourself for Holy Communion and, should you do so, you are not to be admitted to Holy Communion, until such time as you publically repudiate your advocacy for the legitimacy of abortion and confess and receive absolution of this grave sin in the sacrament of Penance.”

Pelosi, who describes herself as a devout Catholic, has defended her support for abortion rights despite the Catholic Church’s stance against abortion. “I believe that God has given us a free will to honor our responsibilities,” Pelosi said in a press conference last September, noting that she is the mother of five children.

“For us, it was a complete and total blessing, which we enjoy every day of our lives. But it’s none of our business how other people choose the size and timing of their families,” Pelosi said.