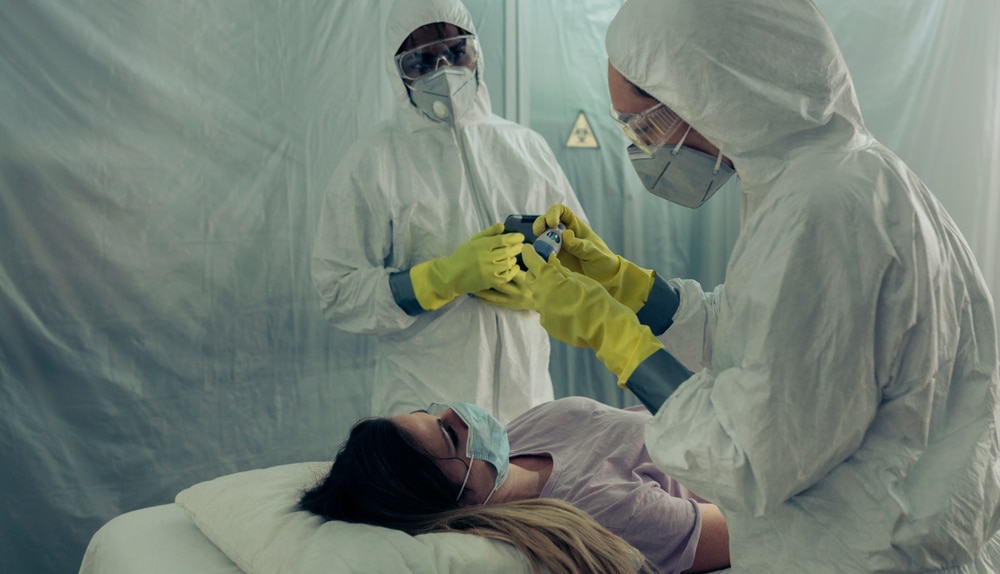 A case of the deadly Crimean-Congo hemorrhagic fever (CCHF) has been spotted in a woman in England who recently returned from Central Asia. The unidentified woman was diagnosed with tick-borne disease at Cambridge University Hospitals and has been moved to a specialist unit in London.

She becomes only the third confirmed British case of CCHF, which can cause mood swings, confusion, and bleeding in the eyes. Health chiefs insist the risk to public health is low, as the disease usually transmits through bites from ticks not present in the UK, and person-to-person spread is rare.

It is not clear where the woman had been traveling in Asia, but in the UK two previous confirmed cases were imported from Afghanistan and Bulgaria, in 2012 and 2014. No onward transmission of the disease — which is deadly in up to 40 percent of sufferers — was detected in those cases.

Dr. Susan Hopkins, the chief medical advisor at the UK Health Security Agency (UKHSA), said the risk to the public is ‘very low’.  Around a third of people who catch the virus (CCHF) die, usually in the second week of infection according to the World Health Organization (WHO). It also says that the virus can represent a threat to public health services as it can lead to epidemics.

But the UK Health Security, who announced that CCHF had been detected in the UK, has said that the overall risk to the public is “very low” and that the woman who caught the fever after traveling to Central Asia is receiving specialist care at the Royal Free Hospital in London. CCFH is usually transmitted by ticks and livestock animals in countries where the disease is endemic. It is currently unclear exactly where in Central Asia the infected woman traveled.