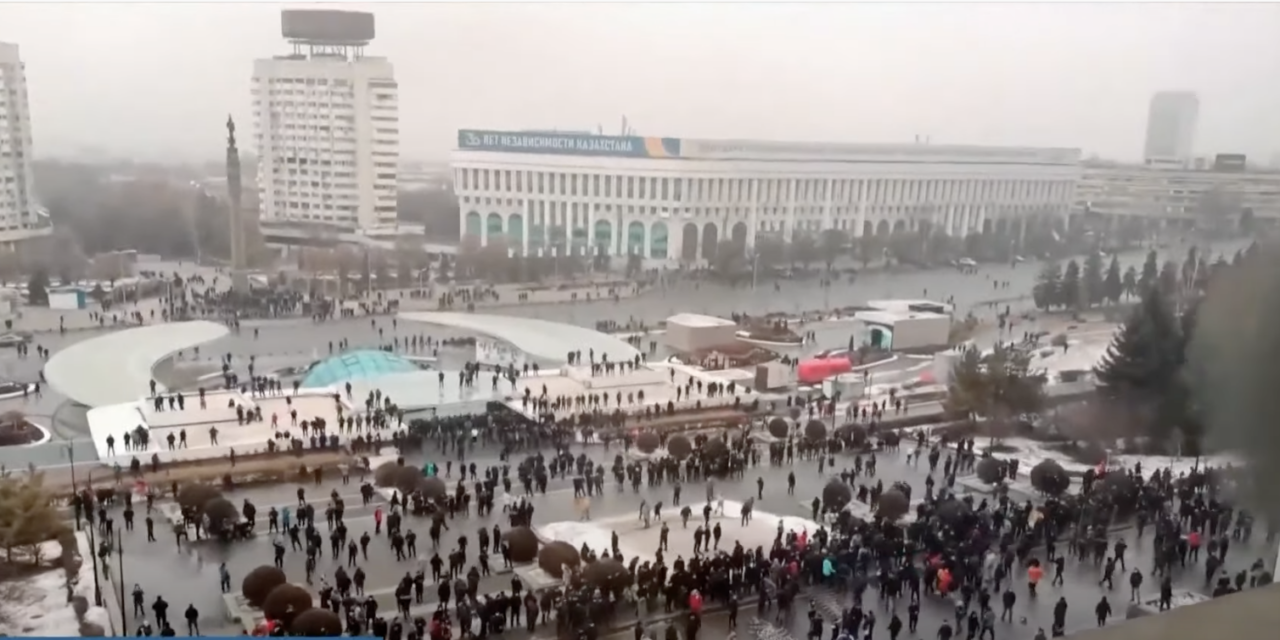 Kazakhstan’s president said Friday he has ordered his troops to “shoot to kill without warning” in an effort to crush anti-government protests that have raged this week.

The Washington Post reported that chaotic and violent scenes persisted in the resource-rich Central Asian country of 19 million, as the first “peacekeeping” troops from a Russian-led military alliance arrived following President Kassym-Jomart Tokayev’s request for foreign intervention to deal with widespread protests over a decrepit political system and dramatic energy price hikes.

Russian paratroopers helped local forces clear out the protesters occupying the airport so that round-the-clock flights could bring in some 2,500 troops from the Collective Security Treaty Organization (CSTO).

Advertisement
Reuters is revealing that dozens have died and public buildings across Kazakhstan have been ransacked and torched in the worst violence the ex-Soviet republic has experienced in 30 years of independence.

Moscow said more than 70 planes were ferrying Russian troops into Kazakhstan, and that these were now helping control Almaty’s main airport, recaptured on Thursday from protesters.

The uprising has prompted a military intervention by Moscow at a time of high tension in East-West relations as Russia and the United States gear up for talks next week on the Ukraine crisis. Kazakh President Kassym-Jomart Tokayev blamed foreign-trained terrorists for the unrest, without providing evidence.

BBC News reported that Kazakhstan’s biggest city Almaty looks like something from an apocalypse film. Driving around early on Friday morning, the smell of burnt vehicles was still in the air.

Few people were about, many too afraid to come out into the streets. The army and police are blocking key sites in the city, which has been the focal point of nationwide protests against the government.

When we approached soldiers at the main square they shouted at us and fired warning shots in the air, warning us not to come close. I’ve been coming to Almaty for years. It’s normally a bustling city, with lots of greenery and places to eat out and drink. Now though shops and banks have been looted or destroyed. It will take some time for them to recover.