Surveillance will follow us into ‘the metaverse,’ and our bodies could be its new data source 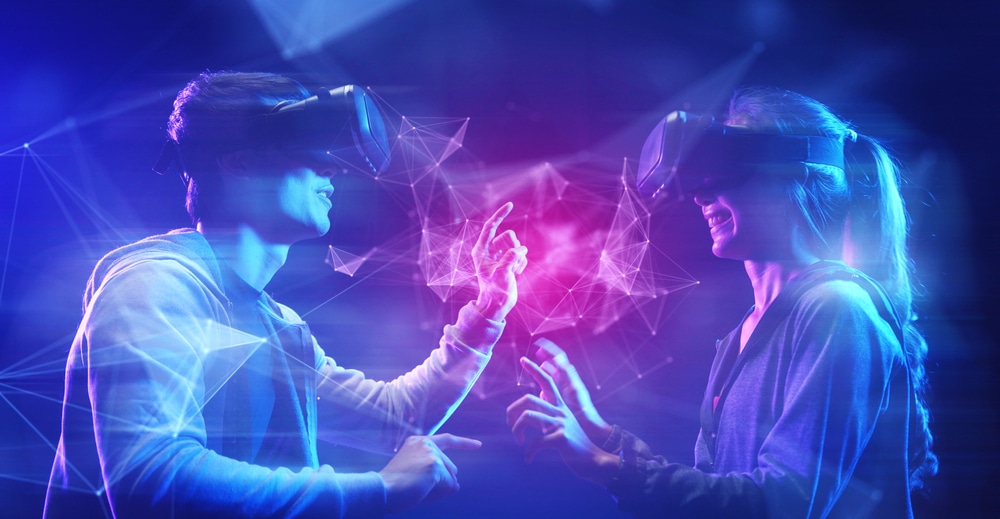 Erin McDannald joins her colleagues in the office about three days a week by popping on an Oculus headset from Facebook parent company Meta or clicking into a desktop application. She can maneuver through an exact replica of the brick-and-mortar Washington, D.C., office building her company left behind when it switched to remote work.

McDannald is CEO of Environments, an interior-design-turned-software company building so-called immersive work experiences in virtual reality, and it’s testing its own product. Five employees work in the virtual office, each with their own avatar that looks (kind of) like them.

According to MSN, The company takes care to make employee avatars resemble their human counterparts only to a point — too lifelike, and they get creepy. Too abstract, and the whole thing starts to feel unprofessional, McDannald said.

Employees marking work anniversaries have tiny, celebratory icons above their avatars’ heads, like in the computer game “The Sims.” McDannald can walk over to an employee’s virtual desk and check-in at any time. Despite the ramped-up opportunity for managerial oversight, she said no employees have objected.

“I think there will be a merging of our physical and online personas,” she said. Buzz around shared, 3-D virtual spaces that companies including Meta are pitching as the “metaverse” may only get louder from here. This year’s CES was spattered with companies billing themselves as metaverse tech, with ideas ranging from virtual customer service representatives to a food-delivery robot controlled by real people watching from a perch in virtual reality.

All are angling for space in an emerging industry spearheaded by tech giants including Meta and Microsoft, both of which announced their own metaverse products in the past few months. Even Microsoft co-founder Bill Gates weighed in, saying he expects the metaverse to be part of our workplaces in the next three years.

The Washington Post wants that virtual reality (VR) headsets can collect more data about us than traditional screens, which gives companies more opportunities to take and share that data for profiling and advertising. They could also give employers more ways to monitor our behavior and even our minds.

There’s little stopping the government from getting its hands on body-related data from VR tech, and there’s little in place to protect us and our kids from unrestricted data gathering and psychological manipulation, say digital rights advocates and experts following the industry.

Digital rights advocacy group Electronic Frontier Foundation and the Extended Reality Safety Initiative, a nonprofit developing standards and advising lawmakers on safety in VR, have raised the alarm on the privacy threats Big Tech is posing with its vision for a metaverse — not just for employees, but for people and their children at home.

“In some respects, a 3-D headset is not really any different than a 3-D monitor,” said Jon Callas, director of technology projects at EFF. “But then there are other things being done that could be extraordinarily intrusive.”