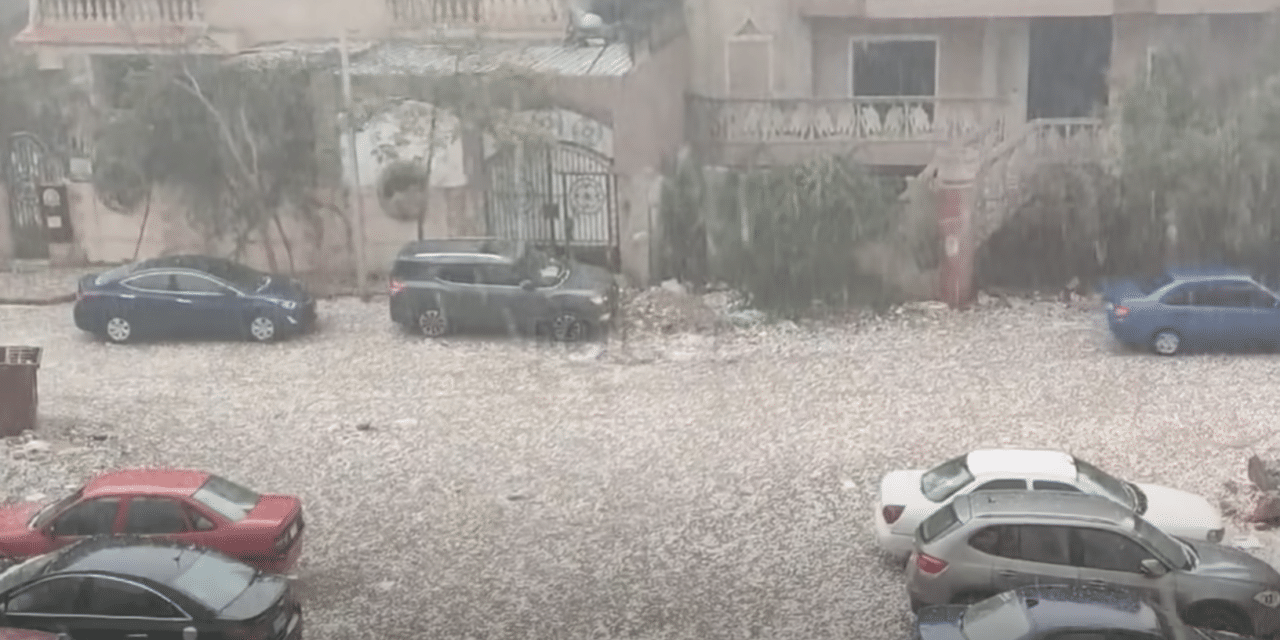 (OPINION) On the first day of the New Year, the Egyptian Red Sea resort in Hurghada was hit by a hailstorm that left destruction in its wake.

Schools in the area were ordered to close on Sunday due to the storm, while Minister of Local Development Mahmoud Shaarawy advised people to stay away from potentially dangerous objects such as trees and lamp posts.

Several comments on social media noted that the resort is popular with Russian tourists who probably felt at home now that the Red Sea location now “looked like Moscow.” Coincidentally (or not), the hailstorm hit the Egyptian town on Shabbat while Jews around the world were in synagogues, reading the section of the Torah describing the plague of hail that hit Egypt over 3,300 years ago.

Local media reported that the “quail-sized” hailstones were accompanied by lightning storms. This precisely conforms to the Biblical account of the plague of hail which mixed the elemental opposites of fire and ice. The hail was very heavy—fire flashing in the midst of the hail—such as had not fallen on the land of Egypt since it had become a nation.

Exodus 9:24 Jewish sources predict that all of the plagues will reappear in the final Redemption but in even more powerful forms. It is written in Midrash Tanchuma, homiletic teachings collected around the fifth century, that “just as God struck the Egyptians with 10 plagues, so too He will strike the enemies of the Jewish people at the time of the Redemption.” READ MORE