Death toll could exceed 100 in KY after monster tornado rips across state for over 200 miles, Deadliest tornado EVER to hit the state 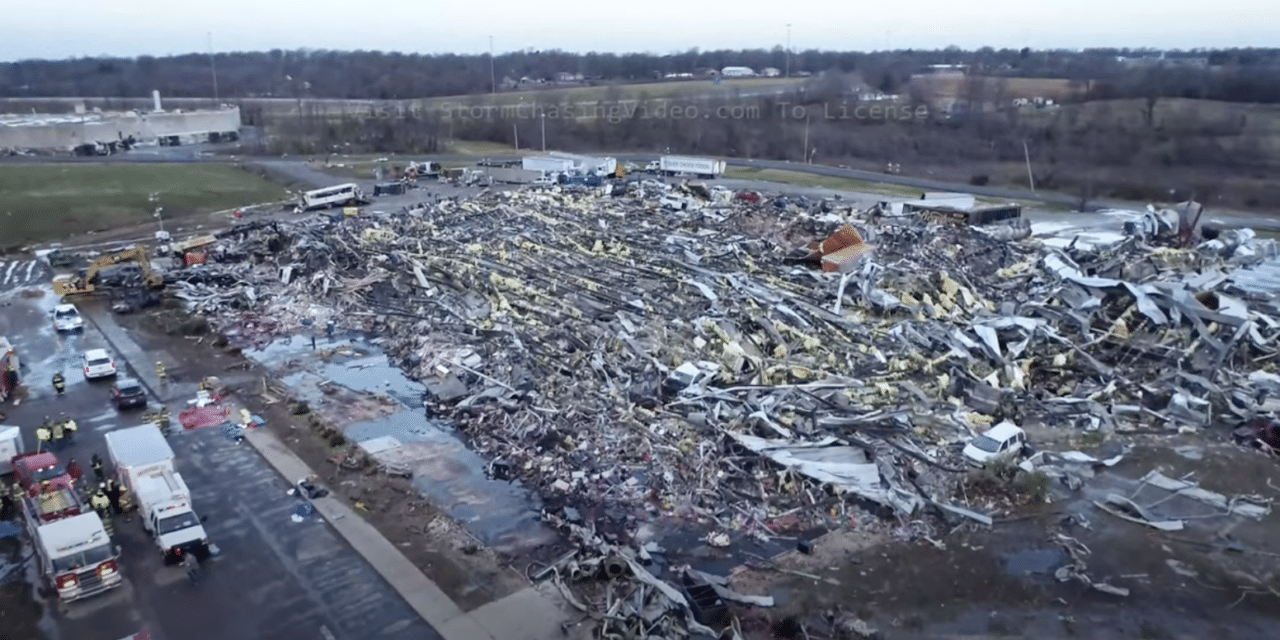 Kentucky Gov. Andy Beshear said Saturday that he is “certain” more than 70 people are dead after a tornado traveled around 227 miles through the commonwealth. According to Fox News, Beshear called it the most devastating tornado event in state history, and he said that the death toll could top 100.

“Everywhere along this line of this tornado where it touched down … has been severely and significantly impacted,” Beshear said. “It is indescribable,” he said. “The level of devastation is unlike anything I have ever seen.” Beshear earlier said about 110 people were inside a candle factory in Mayfield when the tornado struck. At least four different tornadoes struck the state during the night.

The Weather Channel stated that a candle factory was destroyed in Kentucky, an Amazon facility was ripped apart in Illinois and a nursing home was hit in Arkansas. Officials have confirmed deaths and injuries at all of those locations. Deaths were also reported in Tennessee and Missouri.

The quad-state tornado tracked through portions of Arkansas, Missouri, Tennessee and Kentucky and may have been on the ground for more than 100 miles. Bodies have been pulled from the ruins of a crushed candle factory in Mayfield, Kentucky, but the exact number isn’t yet known, Kentucky State Police Trooper Sarah Burgess said, according to The Associated Press.

Search and rescue teams were still combing through the rubble. “We just can’t confirm a number right now because we are still out there working, and we have so many agencies involved in helping us,” Burgess said.