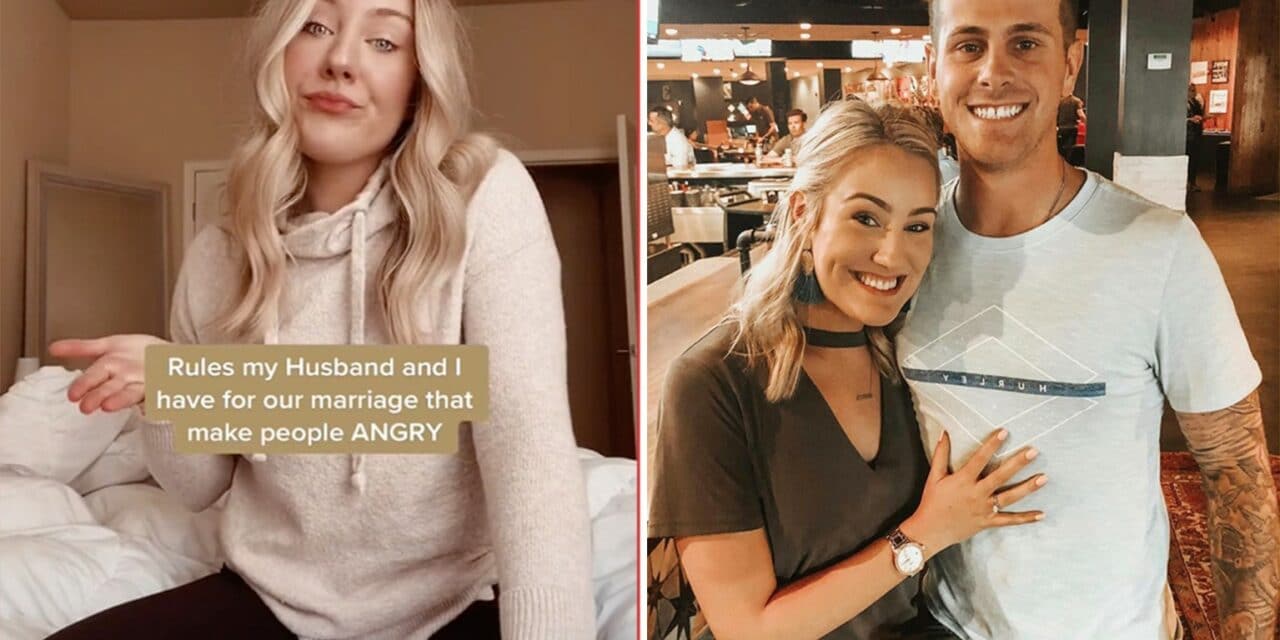 (OPINION) A Christian couple is facing massive backlash after going viral for their restrictive rules for marital conduct. According to TheBlaze, Christian social media user Bailey McPherson made headlines Saturday after sharing a video on TikTok titled “Rules my husband and I have for our marriage that make people ANGRY.”

Bailey, who is married to her husband Zac McPherson, revealed that there is a zero-tolerance policy for pornography and that neither she nor her husband are permitted to be alone with members of the opposite sex.

Other rules, according to the outlet, include “No friends with the opposite sex,” “No texting the opposite sex without the other knowing,” “No lusting after others (following scandalous pages),” and “Always put each other first (even over parents).”