Magnitude 6.0 earthquake strikes under Mediterranean Sea, Felt throughout Israel and capital of Egypt 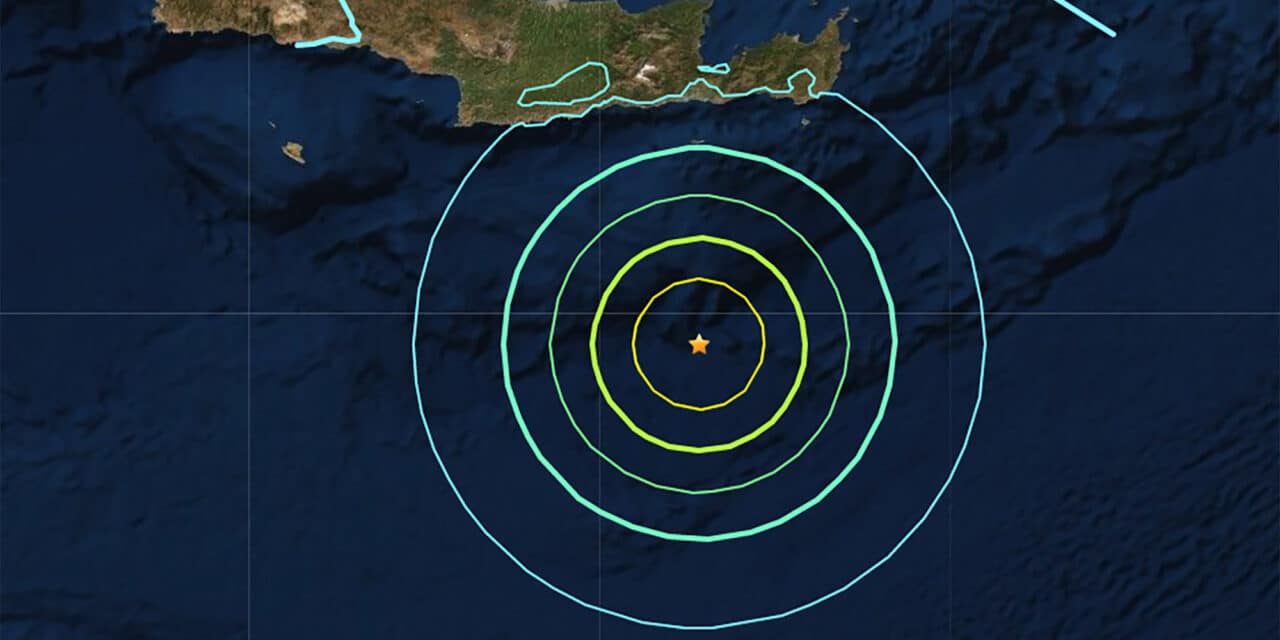 An earthquake underneath the eastern Mediterranean Sea close to the island of Crete on Tuesday morning was felt in parts of central Israel and the coastal region.

According to the Times of Israel, The United States Geological Survey said the temblor measured 6 on the Richter scale and was at a depth of 37 kilometers. The Geological Survey of Israel said it measured the quake at 5.8. There were no immediate reports of injuries or damage.

There was no tsunami warning issued in the immediate aftermath of the quake. Residents of the cities of Tel Aviv, Haifa, Jerusalem, Petah Tikva, Givatayim, and Holon all reported feeling the tremor. The Reuters news agency said it was also felt in parts of Egypt and Lebanon.

DW reported: “Really felt that one… Lasted for 30 seconds,” a witness in Lindos, Rhodes, said in a posting on the European Mediterranean Seismological Centre’s website. A Greek seismologist told Reuters that no aftershocks were expected. Earthquakes in Greece and Turkey are not uncommon due to the fault lines that run through the region.