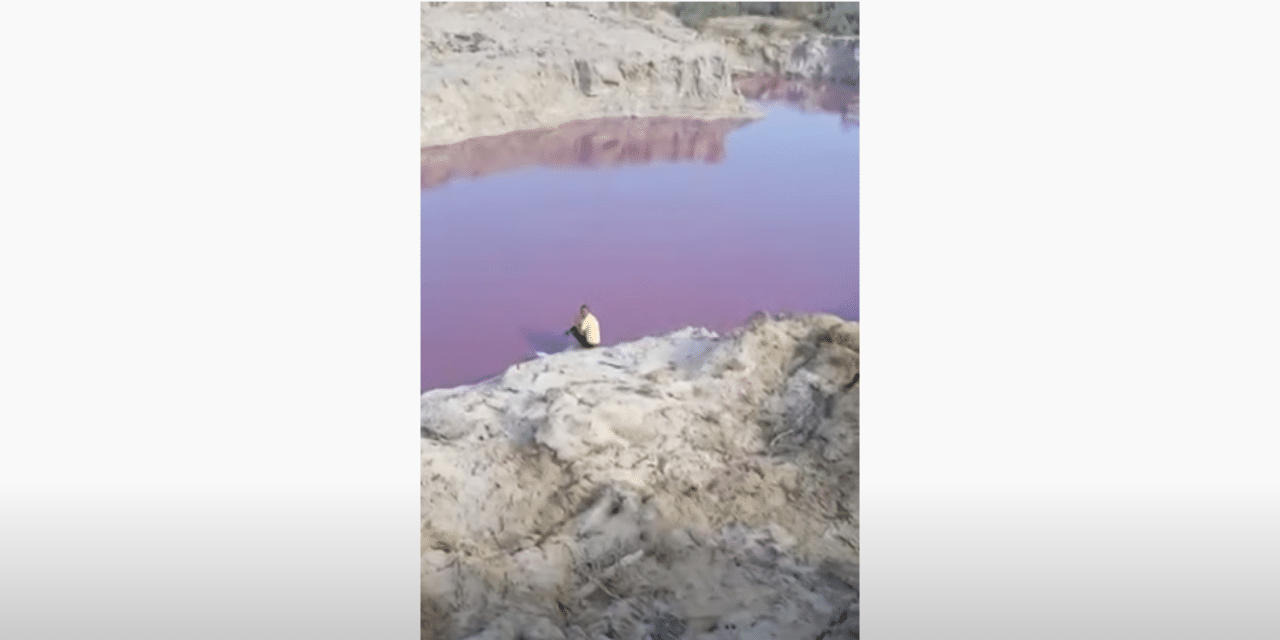 The river has its source in the water springs at the top of the mountains in Ghor Al-Hadeetha. According to Breaking Israel 365News, Omar Salama, a spokesman for the Jordanian Ministry of Water, said that the red pool that appeared in the Dead Sea area is isolated from the sea, and does not drain into it, a claim that has been contested online by geologists.

Salama said that teams from the Ministry of Water took samples of the red-tinted water which are being analyzed. Professor Ahmed Moalabeh suggested that the change in color was caused by algae called “Donaliella salina” which prefers saltwater and high temperatures. The algae secrete a pink-tinted substance.
Advertisement

The Jerusalem Post stated that although water turning red may conjure up thoughts of the biblical plague of blood in the Exodus, scientists believe the cause is much more down to earth.

Sakhr Al-Nusour, the head of the Jordanian Geologists Syndicate, telling the Jordanian Al Ghad news that the red color could have been caused by algae, iron oxide or the addition of substances by humans to change the water’s color to red.

A spokesman for the ministry, Omar Salama, told the Jordanian Petra News Agency that the pond is small and isolated from the waters of the Dead Sea. The results of the examinations of the pond will reportedly be released within the coming days.