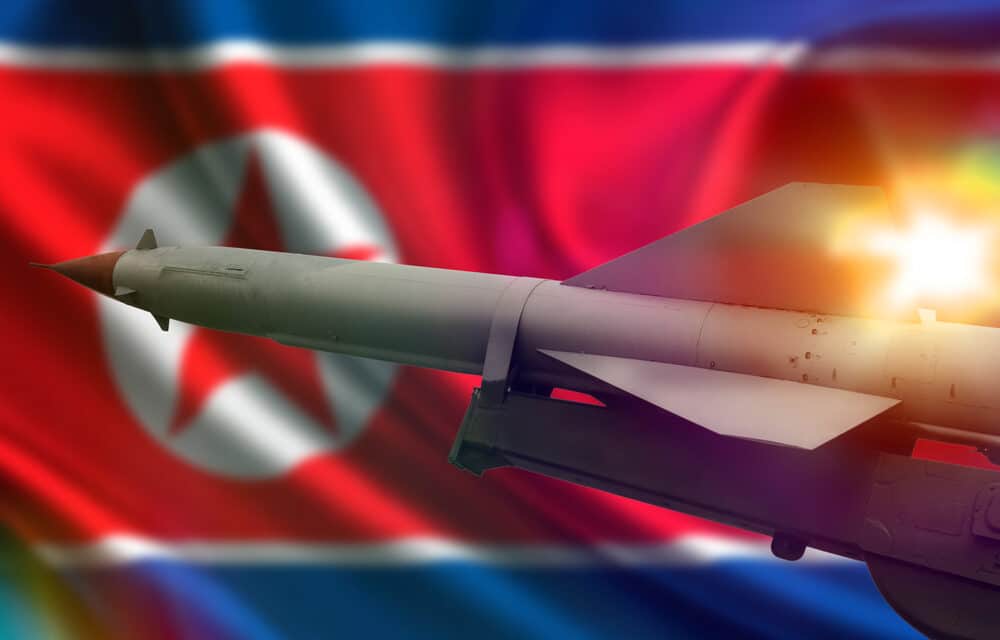 North Korea has fired two ballistic missiles, South Korea’s military said on Wednesday, amid fears over the state’s nuclear capabilities. According to a report from Mirror, Japanese Prime Minister Yoshihide Suga called the ballistic missile launch “outrageous”, and strongly condemned the action as a threat to peace and security of the region.

Japan’s coast guard said the projectile appeared to have landed outside the country’s ‘exclusive economic zone.’ South Korea’s Joint Chiefs of Staff said in a statement that they and US intelligence authorities were analyzing more details about the launches.

The statement read: “North Korea fired two unidentified ballistic missiles from its central inland region toward the east coast, and intelligence authorities of South Korea and the United States are conducting detailed analysis for further information.” The South Korean military has raised its level of surveillance, and is maintaining a ‘full readiness posture’ in close cooperation with the US, the JCS added.

Meanwhile, Fighter jets practiced landing on a highway in southern Taiwan on Wednesday as part of an annual live-fire military exercise that simulates defending the island against an invasion by China. According to Yahoo News, Democratic Taiwan lives under constant threat of invasion by Beijing, which claims the island as part of its territory and has vowed to one day seize it, by force if necessary.

The Associated Press is also reporting that the powerful sister of North Korean leader Kim Jong Un on Wednesday criticized South Korea’s president and threatened a “complete destruction” of bilateral relations after both of the countries tested ballistic missiles hours apart.

The launches of missiles underscored a return of tensions between the rivals at a time when talks aimed at stripping North Korea of its nuclear program are stalled. Kim’s sister, Kim Yo Jong, criticized South Korean President Moon Jae-in for comments he made while observing his country’s missile tests, including its first of a submarine-launched ballistic missile.

Moon said South Korea’s growing missile capabilities will serve as a “sure deterrence” against North Korean provocations. The tests came hours after the South Korean and Japanese militaries said North Korea had fired two ballistic missiles into the sea. In a statement carried by state media, Kim berated Moon for describing North Korean weapons demonstrations as a provocation and warned of a “complete destruction” of bilateral relations if he continues with what she described as slander of North Korea.