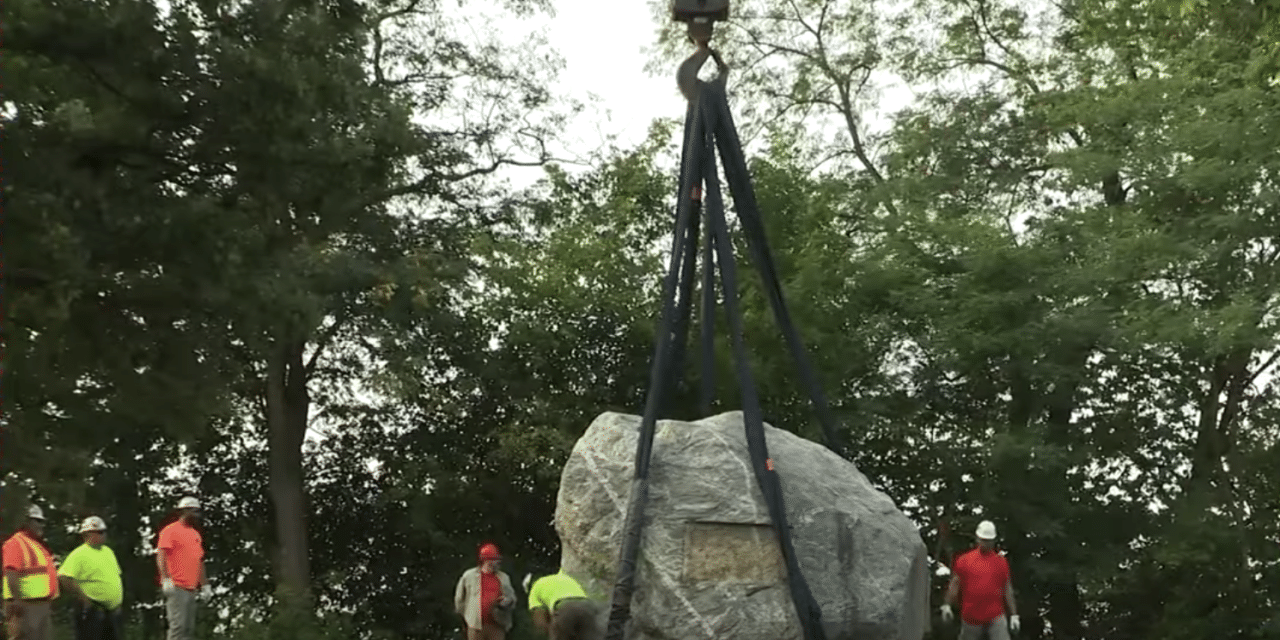 (ETH) – The University of Wisconsin has removed a controversial boulder from its Madison campus Friday after the Black Student Union and other activists objected to its description nearly 100 years ago with a racial slur.

According to the report from Fox News, Chamberlin Rock, which rests atop Observatory Hill, is named after a 19th Century geologist and former university president, Thomas Crowder Chamberlin, whose work centered on glacial deposits, according to a bio on the university’s website. But it was a reporter’s reference to the rock in a nearly century-old Wisconsin State Journal article that prompted the push for its removal.

In October 1925, the university had the boulder excavated and placed prominently atop the hill to honor Chamberlin, who would die in Chicago three years later. The rock was a rare specimen believed to be more than 2 billion years old, and before it was installed on Observatory Hill, only about a foot and a half was visible above ground, according to the article. It was believed to have been carried by glaciers from Canada to Wisconsin.

According to ABC News, The rock will be placed on university-owned land southeast of Madison near Lake Kegonsa. The university plans to erect a plaque in Chamberlin Hall to honor the former university president, school spokeswoman Meredith McGlone said. The boulder is a rare, large example of a pre-Cambrian era glacial erratic that experts say is likely over 2 billion years old.

It was carried by glaciers from as far north as Canada and dumped on Observatory Hill along with billions of tons of other debris when ice receded from the state about 12,000 years ago. It was previously estimated to have weighed up to 70 tons, but an updated measurement shows it weighs 42 tons.

It will continue to be used for educational purposes at its new site. The Black Student Union led the call to remove the rock last summer. Crews began removing it just before 7 a.m. Friday, securing it with straps and lifting it with a crane before moving it to a flatbed truck.