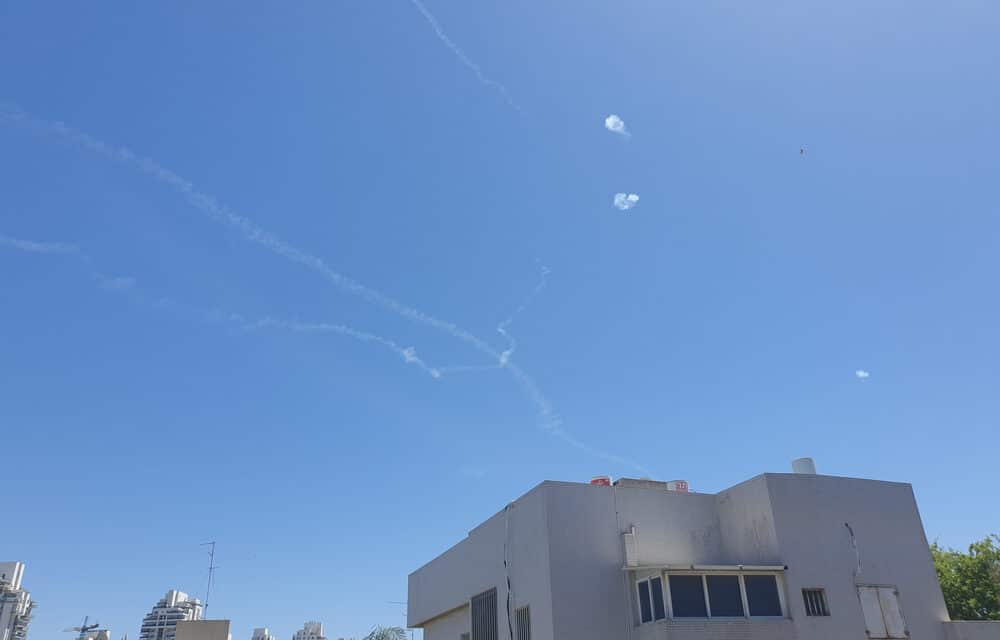 (ETH) – The Lebanon-based terror group Hezbollah has reportedly fired a barrage of rockets at Israel on Friday afternoon in retaliation for Israeli airstrikes in southern Lebanon a day earlier according to CBN News.

Hezbollah said in a statement that it fired “dozens” of rockets at “open fields” near Israeli positions along the border. The rockets set off sirens in the Golan Heights and Upper Galilee, sending thousands of Israelis scrambling to their bomb shelters.

Local officials said several rockets landed in open areas, but none were in Israel’s northern border towns. There were no immediate reports of damage or injuries. The attack activated Israel’s Iron Dome, which is typically used for rocket attacks from Gaza. The Israel Defense Forces released a video of the Iron Dome intercepting the rockets.

WATCH: More than 10 rockets were fired from Lebanon into Israel, most of which were intercepted by The IDF Aerial Defense System. pic.twitter.com/tRlG7MCe0J

According to the Jerusalem Post, Incoming rocket sirens were activated in northern Israeli communities bordering the Lebanese and Syrian borders including Ein Quiniyye, Neveh Ativ, and Snir, near Israel’s northern border with Lebanon and Syria.

There were no injuries or casualties. The IDF initially responded with artillery fire toward the Mount Dov – Shebaa Farms – area in Lebanon, from where the rocket fire originated.  IDF Spokesperson Brig.-Gen. Ran Kohav told reporters that Hezbollah deliberately fired to open areas and not towards civilians.

“If Hezbollah wanted to carry out a significant response, they have the ability to do so,” he said. “We have no interest in escalation but we will continue to work to ensure that the northern border does not become a line of confrontation,” he said. “No side wants war, but on the other hand we will not accept that this continues; that every two to three weeks there is firing towards the north.”