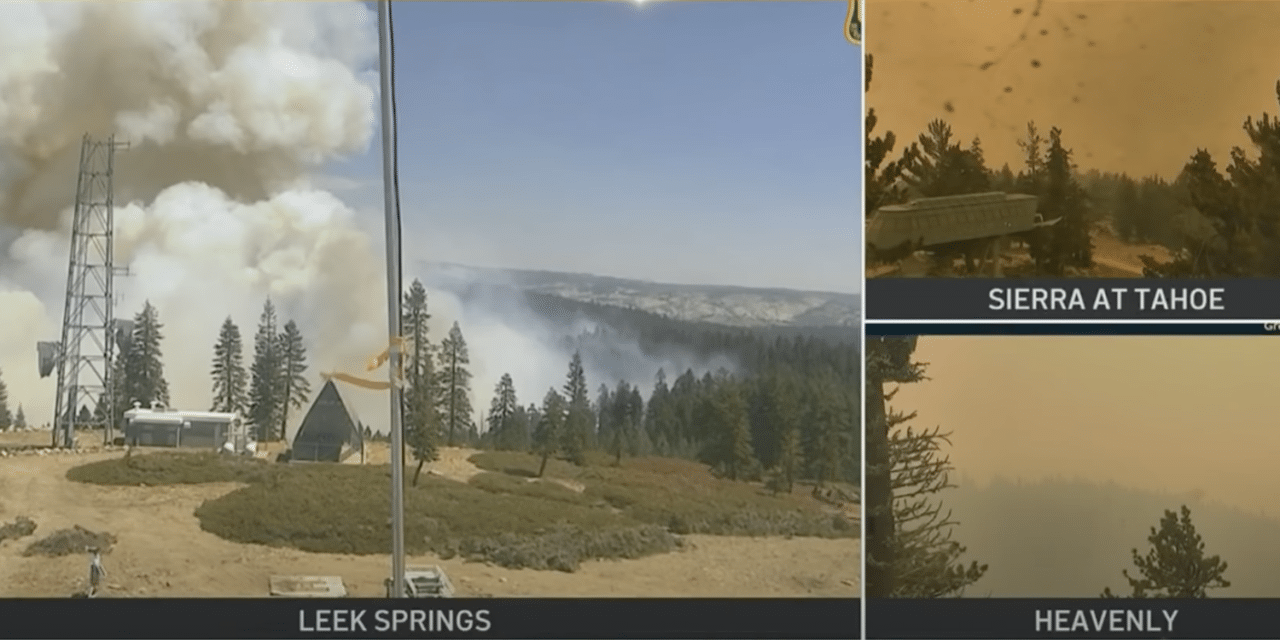 (ETH) – A popular vacation haven normally filled with tens of thousands of summer tourists was clogged with fleeing vehicles Monday after the entire resort city of South Lake Tahoe was ordered to leave as a ferocious wildfire raced toward Lake Tahoe, a sparkling gem on the California-Nevada state line.

The AP reported that vehicles loaded with bikes and camping gear and hauling boats were in gridlock traffic in the city of 22,000, stalled in hazy, brown air that smelled like a campfire. Police and other emergency vehicles whizzed by. Ken Breslin was stuck in bumper-to-bumper traffic less than a mile (1.6 kilometers) from his home, with only a quarter-tank of gas in his Ford Escape.

His son begged him to leave Sunday night, but he shrugged him off, certain that if an evacuation order came, it would be later in the week. NPR reported: “It’s more out of control than I thought,” evacuee Glen Naasz said of the fire that by late Monday had been pushed by strong winds across California highways 50 and 89, burning mountain cabins as it swept down slopes into the Tahoe Basin.

Additional strike teams arrived just after dark and many of the new firefighters were immediately dispatched to protect homes in the Christmas Valley area about 10 miles (16 kilometers) from South Lake Tahoe, said fire spokesman Dominic Polito. “We’re flooding the area with resources,” he said. “Wherever there are structures, there are firefighters on the ground.”