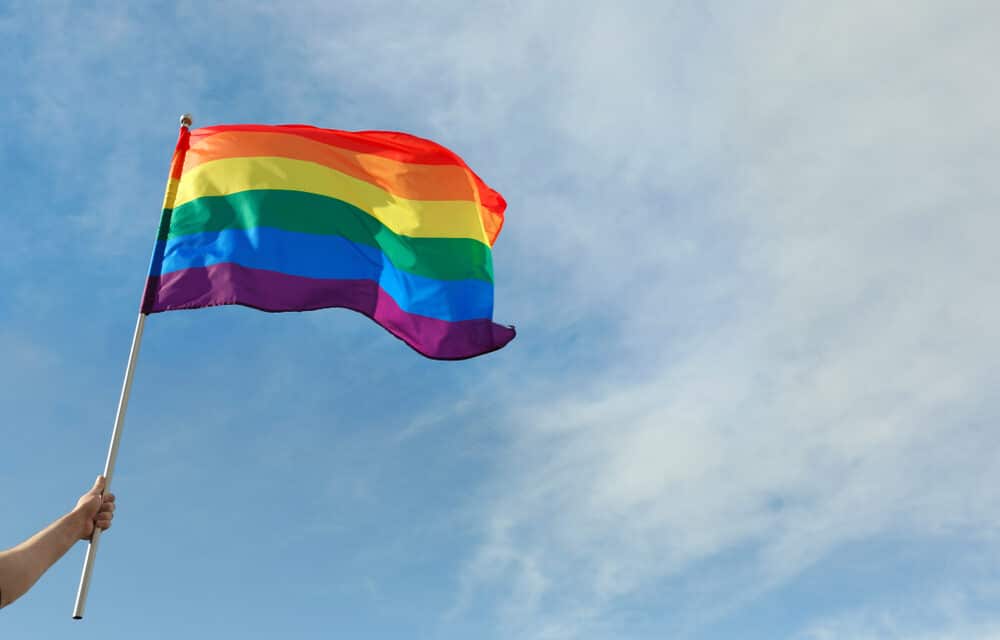 OPINION (ETH) – A California school district is investigating a teacher after she posted a video admitting that she encouraged her students to pledge allegiance to a gay pride flag after she removed the American flag from her classroom.

Fox News stated: “Okay, so during the third period, we have announcements and they do the pledge of allegiance,” the teacher, identified as Kristin Pitzen of Newport Mesa School District in Orange County, said in a video posted to social media.


What kind of parent would allow their child to be taught by this wacko?

Why are parents turning their kids over to someone they don’t know?

I’d like to talk to people who think this is good?!? https://t.co/VnNxeBWLjA

‘How can the words “for liberty and justice for all” bring such hate in people? How can anyone have (an) issue with those words?’ one user replied.  Some even questioned why she lives in America, calling on the school to fire her and parents to homeschool their kids.

Say the words if you want, don’t have to say the words.’  ‘So my class decided to stand but not say the words – totally fine,’ she said. ‘Except for the fact that my room does not have a flag,’ Pitzen added. ‘It used to be there,’ she said in the video as she pivots the camera and points to the wall in the front of the classroom.  ‘But I took it down during Covid,’ she said, whispering that she did it ‘because it made me uncomfortable.