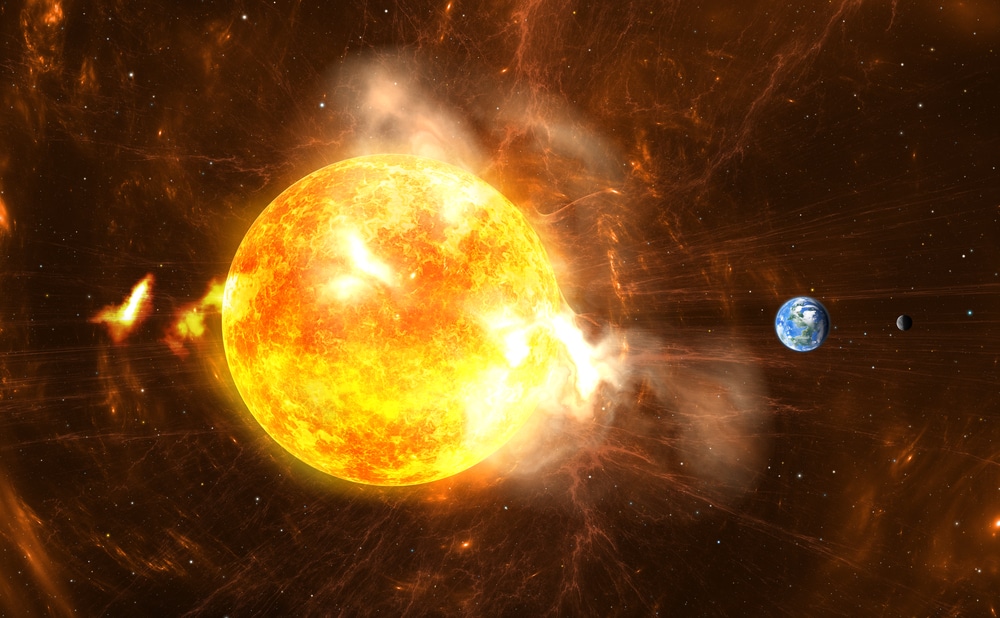 A powerful solar storm is approaching the Earth at a massive speed of 1.6 million kilometers per hour. The storm with the Earth either on July 11 or July 12th.

These solar winds could trigger a geomagnetic storm above the planet. According to a report by the website Spaceweather.com, the storm is originated from the Sun’s atmosphere and can have an impact on the region space dominated by the Earth’s magnetic field. People living in the North or South pole are likely to witness beautiful aurora during the nighttime. The solar flare was detected on July 3.

As per US space agency NASA, the speed of the storm is likely to increase further. Due to the storm, satellite signals may be interrupted. The impact of the solar storm will be centered on a sub-solar point on the sunlit side of Earth, said Space Weather Prediction Centre of the United States. According to a report published in The Mint, there is also a possibility of blackout of High Frequency of radio communication.

However, it will depend upon the current X-ray Flux intensity.  The Space Weather Prediction Centre rated the solar storm at X1 level. Satellites in the Earth’s upper atmosphere are also likely to be impacted by the storm. As per an estimate by NASA, these winds are likely to have top and average speeds of about one million miles per hour. “As the wind flows toward Earth, it carries with it the Sun’s magnetic field,” reported Express quoting Nicky Fox, Director of NASA’s Heliophysics Science Division as saying. READ MORE