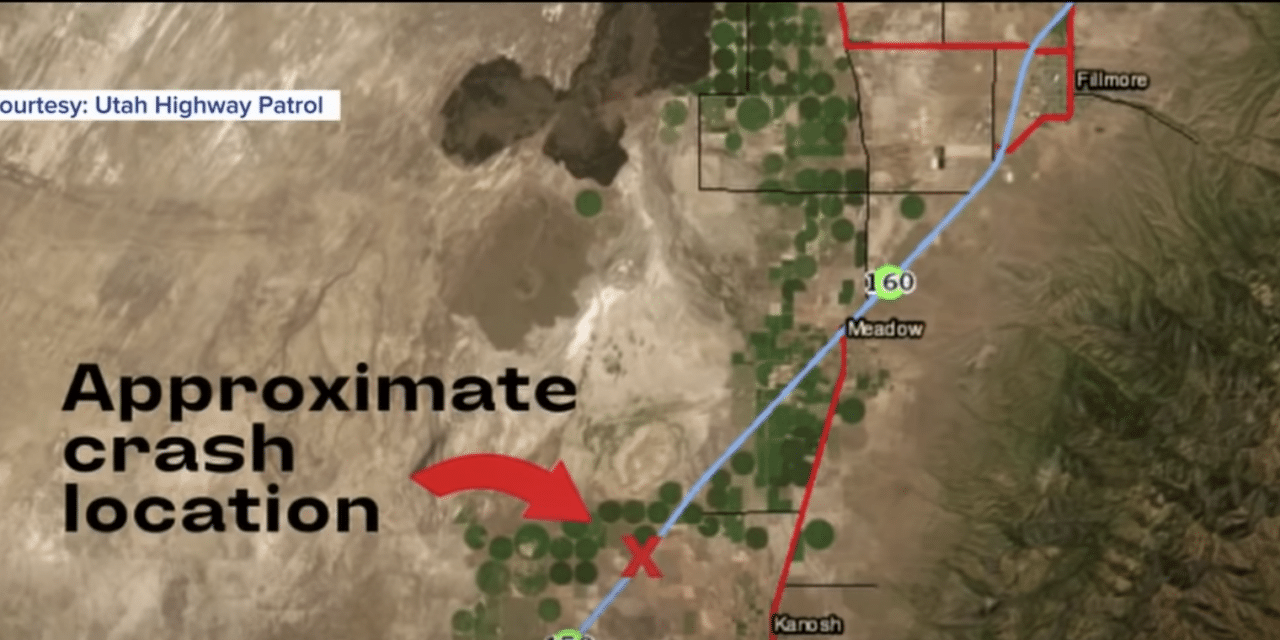 (ETH) – Eight people — four adults and four children under 15 — were killed in a multiple-vehicle crash near Kanosh on Sunday, as drivers were blinded by a sandstorm according to a report from the Salt Lake Tribune.

The Utah Highway Patrol reported Monday that 10 people were taken to local hospitals Sunday after the series of crashes, which involved 22 vehicles.

Five of the dead were members of the same family, traveling in a Buick, according to UHP. They were: Race Sawyer, 37, of Lehi, who was driving, and his son, Rider, 12; Kortni Sawyer, 30, of St. George, who was Race’s sister-in-law, and her son, Riggins, 6, and daughter, Franki, 2.

UHP also said a married couple in a Hyundai were killed: Richard Lorenzon, 51, who was driving, and Maricela Lorenzon, 47, both from Salt Lake City. According to Maricela’s Facebook page, they had four daughters. A 15-year-old boy, Cameron Valentine of Yuma, Ariz. — who was a passenger in a Cadillac — also was killed, UHP reported.