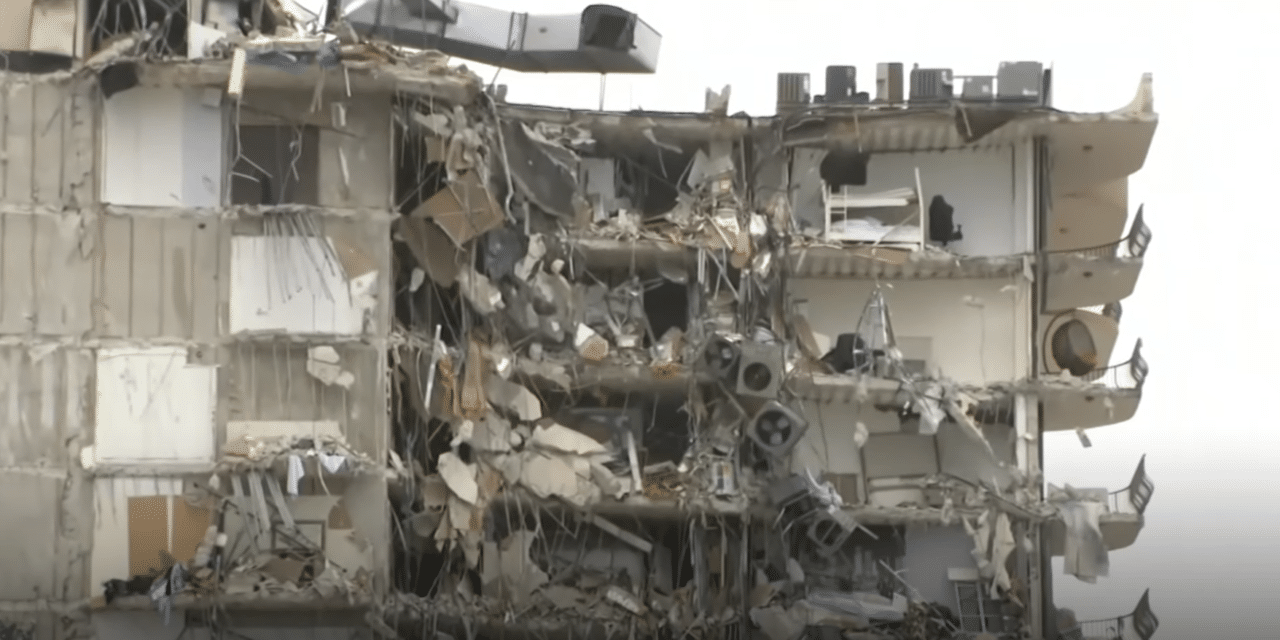 (AP) — With nearly 160 people unaccounted for and at least four dead after a seaside condominium tower collapsed into a smoldering heap of twisted metal and concrete, rescuers used both heavy equipment and their own hands to comb through the wreckage on Friday in an increasingly desperate search for survivors.

As scores of firefighters in Surfside, just north of Miami, toiled to locate and reach anyone still alive in the remains of the 12-story Champlain Towers South, hopes rested on how quickly crews using dogs and microphones could complete their grim, yet delicate task.

“Any time that we hear a sound, we concentrate in that area,” Miami-Dade Assistant Fire Chief Raide Jadallah said. “It could be just steel twisting, it could be debris raining down, but not specifically sounds of tapping or sounds of a human voice.”

Buffeted by gusty winds and pelted by intermittent rain showers, two heavy cranes began removing debris from the pile using large claws in the morning, creating a din of crashing glass and metal as they picked up material and dumped it to the side. A smoky haze rose from the site.

Once the machines paused, firefighters wearing protective masks and carrying red buckets climbed atop the pile to remove smaller pieces by hand in hope of finding spots where people might be trapped. In a parking garage, rescuers in knee-deep water used power tools to cut into the building from below. READ MORE