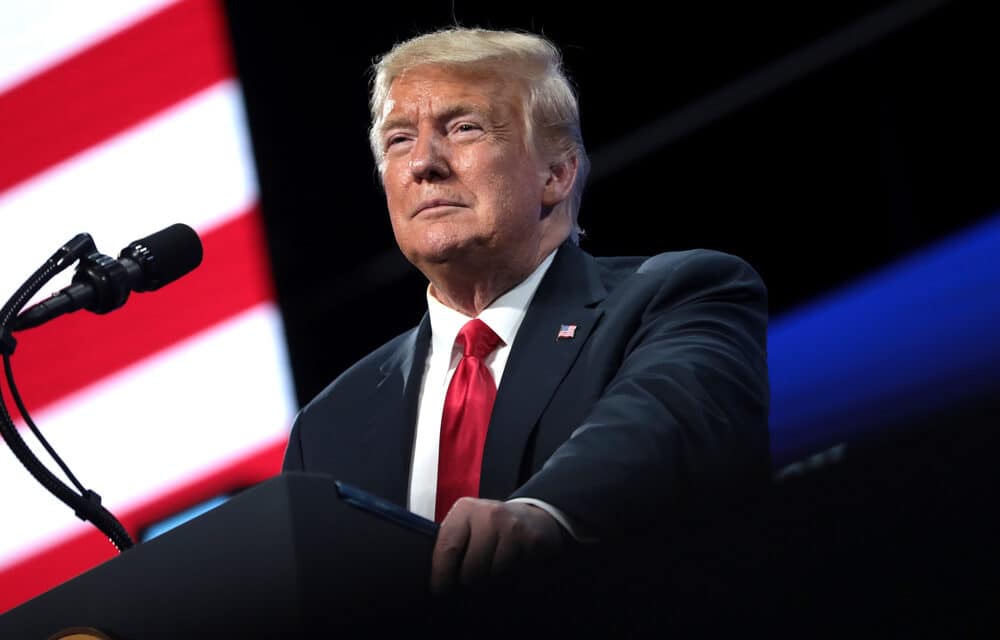 (ETH) – Former President Donald Trump’s new communications platform launched after being banned from social media was permanently removed from his website after less than a month online.

Trump launched the “The Desk of Donald J. Trump” communications platform on May 4 as a way of posting comments, images and videos and having one-way communication with his followers after he was banned from major social media platforms.

On Wednesday, news broke that the platform has been shut down. Jason Miller, a senior advisor for Trump, told CNBC the former president’s page “will not be returning.” “It was just auxiliary to the broader efforts we have and are working on,” Miller added.

Miller said he hopes to have more information on “broader efforts” soon. When asked on Twitter if the removal of “The Desk of Donald J. Trump” section of the former president’s website is the “precursor” to him joining another social media platform, Miller responded, “Yes, actually, it is. Stay tuned!”

When users visit the blog page, they are directed to sign up for updates and alerts from the former president. Trump launched the platform after he was kicked off leading social media sites, including Facebook, Twitter, Instagram, Snapchat and YouTube, following the U.S. Capitol riot on Jan. 6. Platforms alleged allowing his account to stay active risked the incitement of further violence. READ MORE