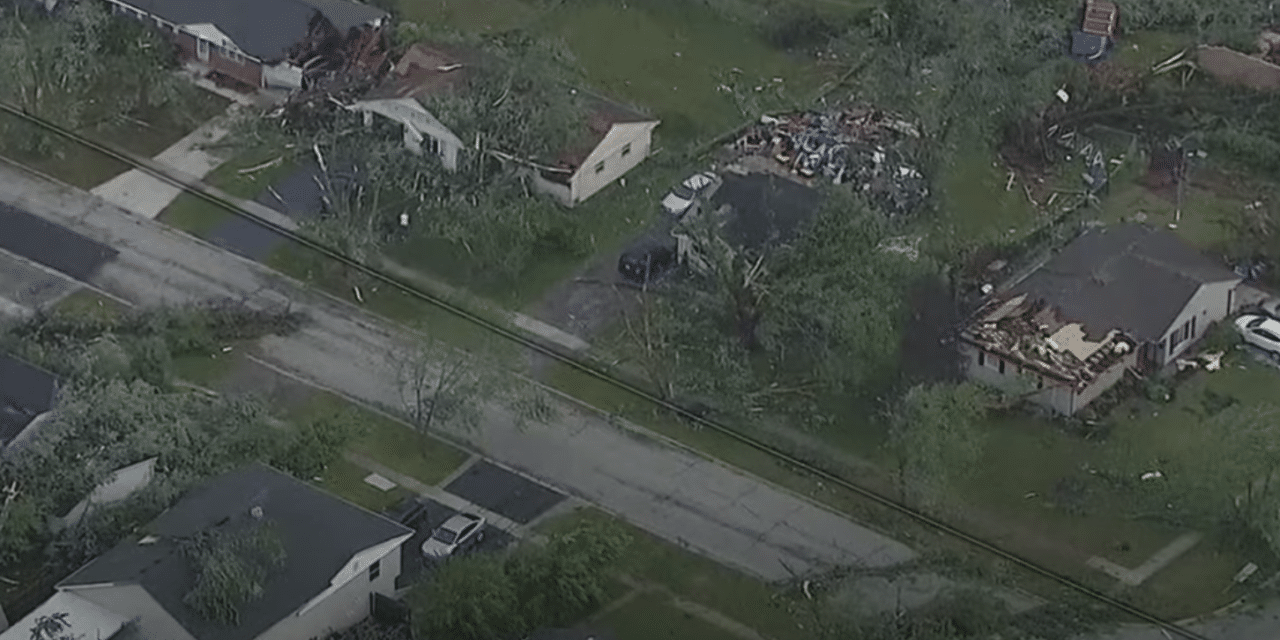 The worst damage was reported in Naperville and Woodridge, Illinois, about 25 miles west-southwest of downtown Chicago just after 11 p.m., where National Weather Service radar detected a tornado debris signature, an indication of debris lofted by a tornado.

Sixteen homes were heavily damaged and deemed uninhabitable, according to a City of Naperville press release. Five people were hospitalized, one with critical injuries.

In Woodridge, just east of Naperville, damage assessments were ongoing Monday morning after the tornado tore through areas east of Route 53 between 83rd Street and 75th Street. Debris was reported on a stretch of Interstate 355.

No significant injuries were reported, according to a statement issued by Woodridge Police, who urged people to avoid the area due to downed trees and power lines.

The tornado then apparently moved eastward through parts of the suburbs of Darien and Burr Ridge and lifted in the vicinity of Burbank or Oak Lawn, Illinois, according to radar. At least one residence was damaged in Darien and power lines were downed in Burr Ridge, but no injuries were reported. READ MORE