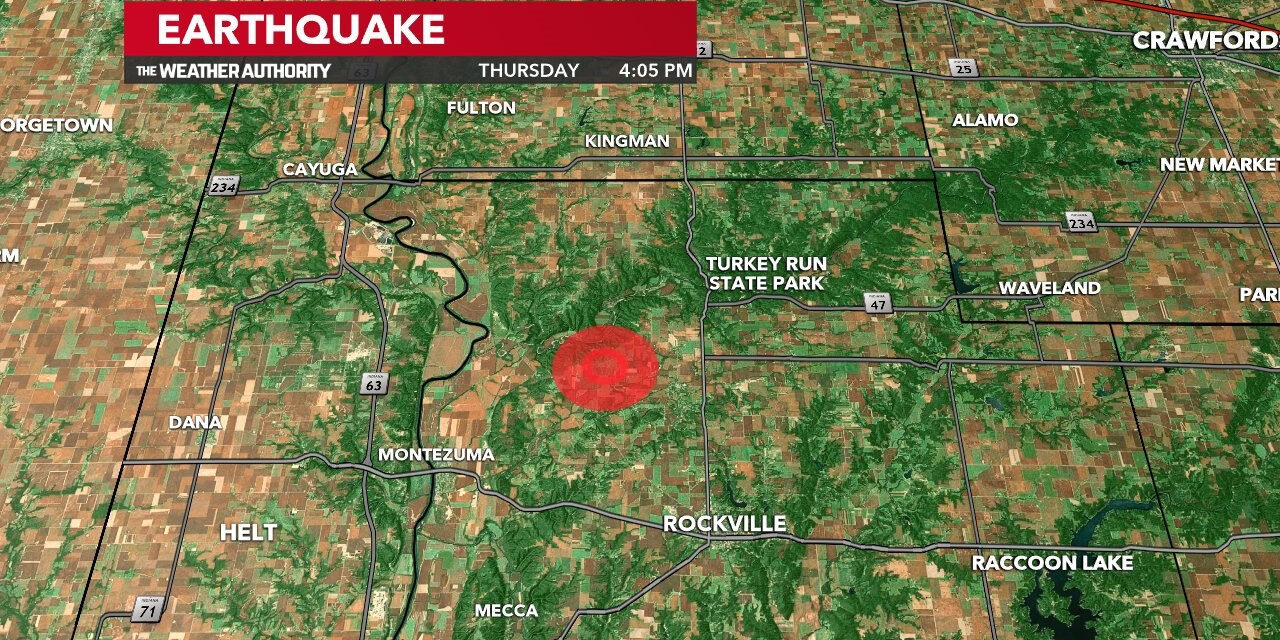 (ETH) – A magnitude 3.8 earthquake was reported Thursday afternoon in western Indiana, with some people more than 150 miles away reporting they felt the tremor.

The U.S. Geological Survey said the earthquake happened at 2:18 p.m. at a depth of nearly 5 miles, just west of Bloomingdale, Indiana, about 150 miles south of Chicago.

According to a USGS map, people reported feeling the earthquake across much of western and central Indiana — including Indianapolis, Bloomington, and Lafayette — as well as northwest Indiana, Chicago, and the suburbs.

Purdue University’s Department of Earth, Atmospheric, and Planetary Sciences tweeted that the earthquake was registered on their seismograph. READ MORE