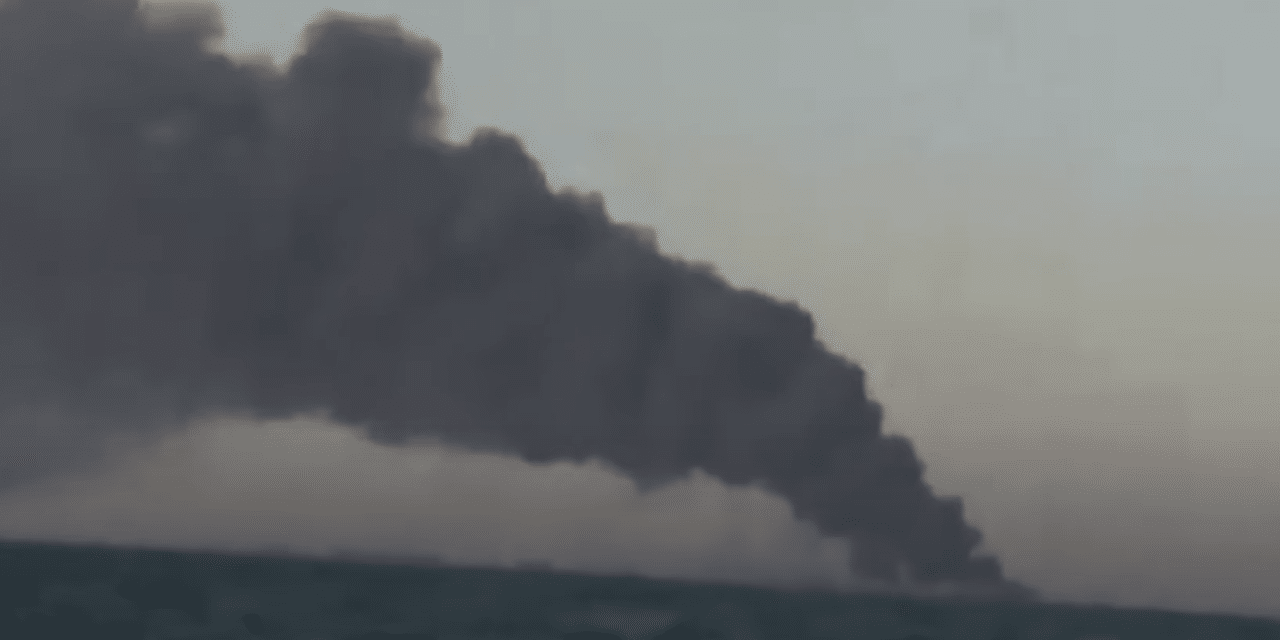 (ETH) -The largest warship in the Iranian navy caught fire and later sank Wednesday in the Gulf of Oman under unclear circumstances, semiofficial news agencies reported.

The Fars and Tasnim news agencies said efforts failed to save the 679-foot support ship Kharg, named after the island that serves as the main oil terminal for Iran. The Reuters news agency reported that the entire crew was able to safely disembark. Reuters cited Fars, which quoted a navy statement.

The statement said the Kharg was on a training mission. The blaze began around 2:25 a.m. and firefighters tried to contain it, state TV said. The vessel sank near the Iranian port of Jask, some 790 miles southeast of Tehran in the Gulf of Oman and near the Strait of Hormuz – the narrow mouth of the Persian Gulf. Agence France-Presse reported that the navy said firefighting efforts went on for 20 hours before the ship went down.

Photos circulated on Iranian social media of sailors wearing life jackets evacuating the vessel as a fire burned behind them. Fars published video of thick, black smoke rising from the ship early Wednesday morning. Satellite photos from Planet Labs Inc. analyzed by The Associated Press showed the Kharg off to the west of Jask on Tuesday.

Satellites from the U.S. National Oceanic and Atmospheric Administration that track fires from space detected a blaze at the site of the Jask that started just before the time of the fire reported by Fars. READ MORE