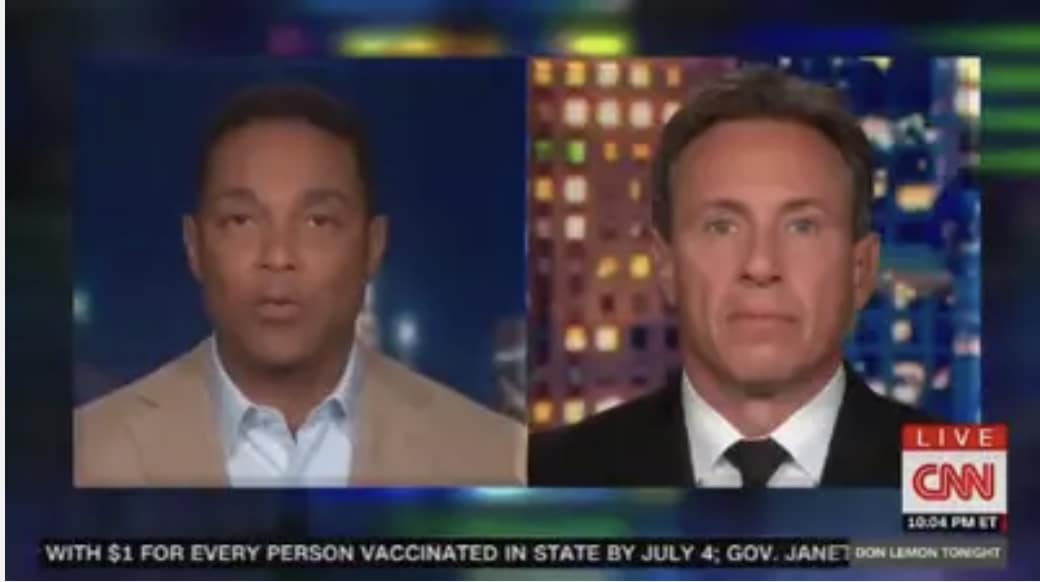 (OPINION) ETH– CNN anchor Don Lemon recently lectured parents around the country who are voicing opposition to the implementation of critical race theory into their children’s K-12 curricula, telling them to “stop making it about you.”

Lemon made the comments during CNN’s nightly handoff between “Cuomo Prime Time” and “Don Lemon Tonight,” when he and fellow anchor Chris Cuomo were musing about the significance of designating Juneteenth as a national holiday and the topic of critical race theory came up.

The two anchors couldn’t resist the urge to scold the “privileged” conservativeswho dare reject the premise that America is fundamentally and systemically racist and who’d rather their children not be taught that they are either victims or oppressors.

“That’s the idea … that’s the whole thing about what privilege,” said Lemon during the exchange. “People don’t like to have their pleasure interrupted, their peace interrupted. And so, people think that it should be the way it should be because they have been taught that in this country.”