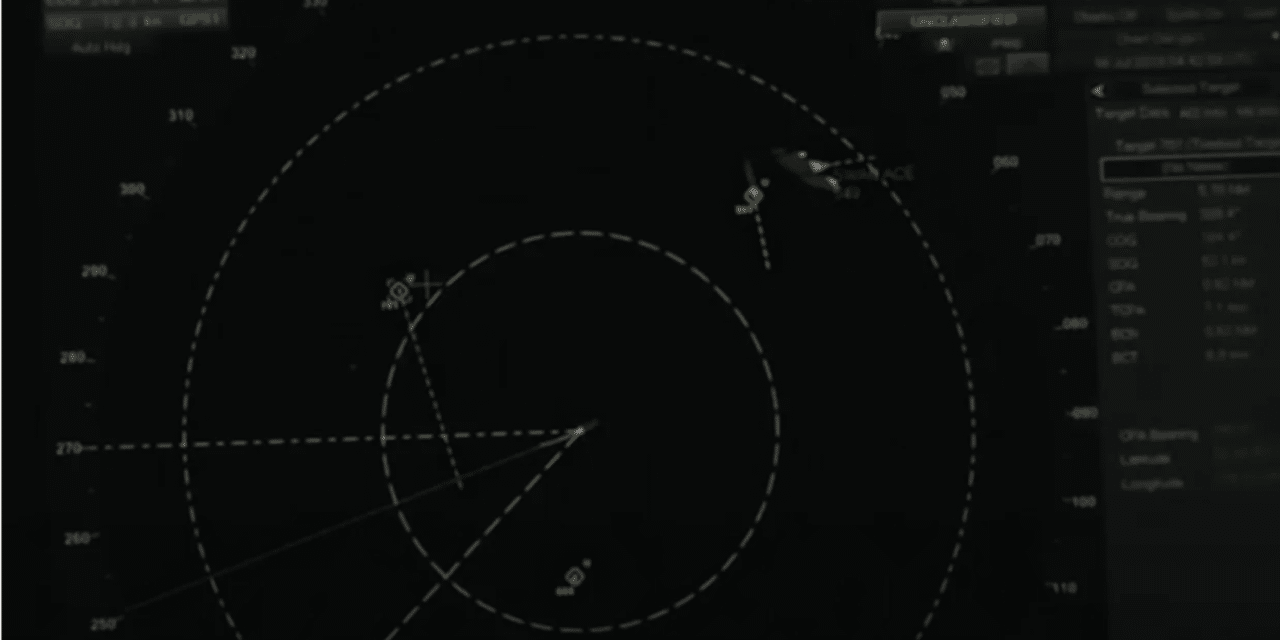 (ETH) – The Pentagon is investigating a video that was revealed to the internet this week purportedly showing a swarm of UFOs circling a U.S. Navy combat ship.

The leaked footage reportedly shows a mysterious event captured on the radar aboard the USS Omaha that took place in July 2019. Jeremy Corbell, the filmmaker behind the UFO documentary “Bob Lazar: Area 51 & Flying Saucers,” posted a video that was allegedly recorded from the Combat Information Center of the USS Omaha off the coast of San Diego.

In the 14-second video clip posted to social media on Thursday, a swarm of at least 14 unidentified flying objects were spotted on radar circling the Independence-class littoral combat ship. “Holy s***! They’re moving fast…They’re turning around,” an unidentified man is heard saying as the unidentified craft reached a speed of 158 mph after traveling only 46 mph earlier.

Then one of the unidentified aerial phenomena splashed into the Pacific Ocean. The Navy deployed a submarine to track the object, but no wreckage was discovered. The Pentagon’s Unidentified Aerial Phenomena Task Force is investigating the latest UFO video. Pentagon spokesperson Susan Gough told the Daily Caller, “We’re looking into it.” Gough confirmed, “The video was taken by Navy personnel, and that the UAPTF included it in their ongoing examinations.” FULL REPORT