Methodist church confirms drag queen to be ordained for “ministry” 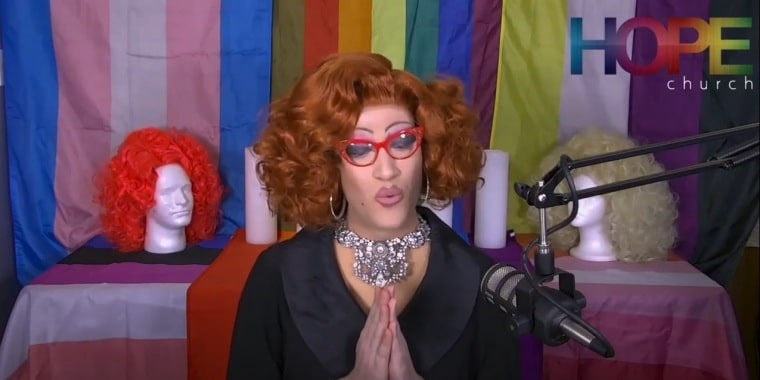 (ETH) – A gay man who is also a drag queen was recently confirmed by a Methodist church in Illinois as a candidate for ordained ministry. According to details of the report from the Christian Post, He wore wigs and full makeup while participating in his church’s “Drag Sunday”.

The man whose name is Isaac Simmons is a Peoria native and Illinois Wesleyan student, said the decision made history in the church and is the first step in a long process. Simmons stated that the approval is life-saving and life-giving for himself and other members of the LGBTQ community.

Hope United Methodist Church in Bloomington, where Simmons attends, is reportedly an inclusive church. “When we created Hope Church, our top thing was that we wanted this to be a place for absolutely everyone,” said Rev. Dr. Jennie Edwards Bertrand. “It is a historic first for the district, as an openly gay man. Currently, the United Methodist Church says that a self-avowed practicing homosexual is incompatible with the teachings of Christ and therefore can’t go forth into ministry,” said Simmons.

After placing their full support for Simmons by the local church district committee, Simmons is now on a path for leadership. “They’re saying this person is being called to ministry and has our approval to receive the United Methodist support financially and otherwise,” said Simmons. Simmons also stated that he wasn’t expecting the church’s blessing.

“It means so much to be seen and validated, not only for myself, but for all the queer LGBT folks who come after me and who have come before me,” said Simmons. Simmons claims that his beliefs bring him close to the religion and have guided him on his path toward leadership.

“My faith and my understanding of God calls me to be a part of that; to be a part of change-making and to be a part of creating spaces where everyone, regardless of their identities [or] orientations, can be and exist without even an inkling of ‘Am I welcomed here?’” said Simmons.