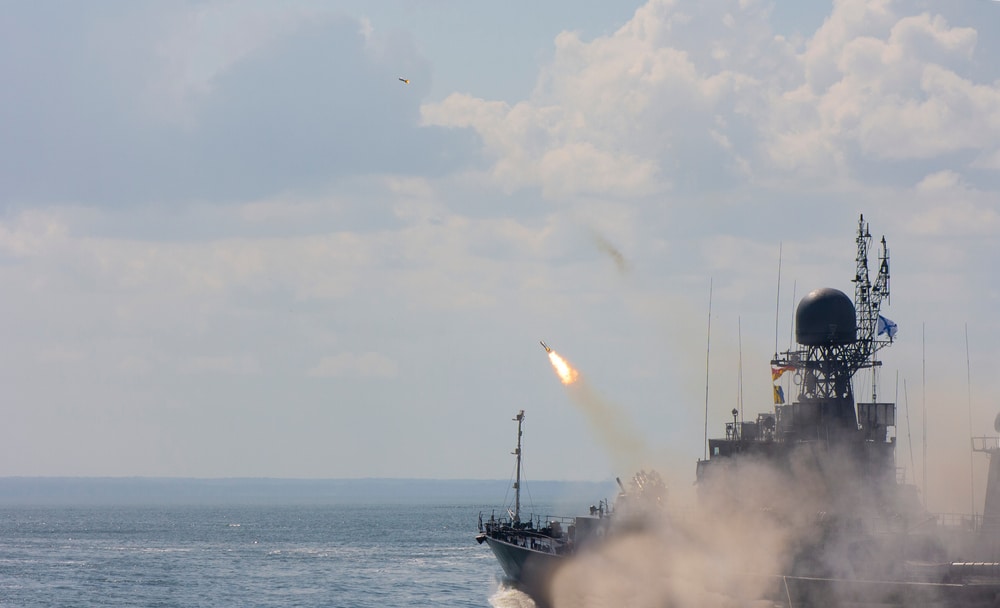 (ETH) – As the days go by it seems the situation with Russia and Ukraine continues to deteriorate more and more. A new report is now indicating that Ukraine has accused Russia of preparing to hold nuclear weapons in Crimea as tensions in the region are reaching a feverish boiling point.

And if that wasn’t bad enough, Putin has also instructed his military to carry out live-fire drills from its Navy as the first of two US warships are expected to arrive at any day now. The report reveals that Ukraine’s defense minister has warned that Russia could attack to ensure water supplies for the annexed peninsula and said he could not rule out a possibility that Russian forces in Crimea could ‘undertake substantive military provocations’ this year.

‘Crimea’s infrastructure is being prepared for potentially storing nuclear weapons,’ Taran told the European Parliament’s subcommittee on defense. ‘The very presence of nuclear munitions in the peninsula may spark a whole array of complex political, legal and moral problems.’

There have also been multiple sources citing that Russia was in the process of massing anywhere from 90 to 110,000 troops on Ukraine’s border in 56 battalion-sized tactical groups. Meanwhile, two US warships are headed in that direction. Likely to be USS Donald Cook and USS Roosevelt. Both are expected to arrive in the Black Sea today, despite recent Russian warnings to keep them away ‘for their own good’ and even called America an “adversary” The Daily Mail stated:

“There are tens of thousands of Russian troops stationed along the Ukrainian border alongside an array of hardware including tanks and anti-aircraft missiles, which Russia claims is being deployed for two weeks of training exercises in response to a NATO build-up – which the alliance says does not exist”.

“Instead, western observers believe the build-up is designed to test Joe Biden’s response – with German Defence Minister Annegret Kramp-Karrenbauer saying today that Moscow is trying ‘to provoke a reaction. ‘Together with Ukraine, we won’t be drawn into this game,’ she said.