Russia just labeled the US an “adversary”, gives warning to keep warships away from Crimea 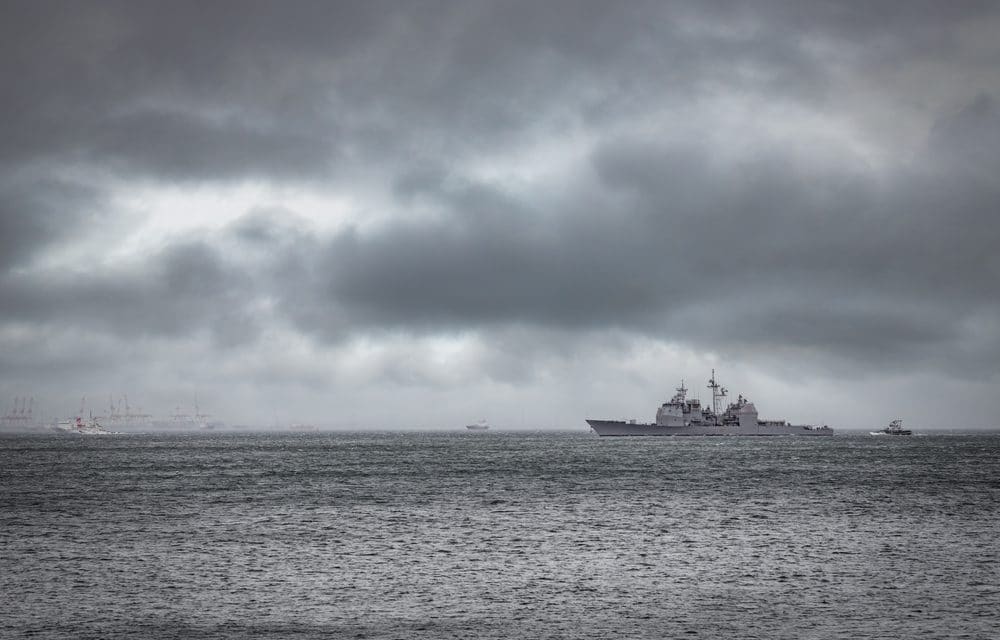 (ETH) – Russia has just labeled America an “adversary” and warned the US to keep warships well away from Crimea “for their own good”. According to a new report from Reuters, Putin has also called calling the recent US deployment of warships in the Black Sea a provocation designed to test Russian nerves.

“The United States is our adversary and does everything it can to undermine Russia’s position on the world stage,” Deputy Foreign Minister Sergei Ryabkov was cited as saying by Russian news agencies. “We do not see any other elements in their approach. Those are our conclusions,” the agencies quoted him as saying.

The new warning from Russia is expressing the danger that diplomatic niceties that the former Cold War enemies have generally sought to observe in recent decades are begging to deteriorate. This comes as U.S. President Joe Biden stated back in March that he thought Putin was a killer who would “pay a price” for alleged meddling in U.S. elections – an accusation that Moscow denies.

It appears that Russia will push back against what it sees as unacceptable U.S. interference in its own backyard. “We warn the United States that it will be better for them to stay far away from Crimea and our Black Sea coast. It will be for their own good,” said Ryabkov.

The report suggests that the West is sounding the alarm over what it believes is a large unexplained build-up of Russian forces close to Ukraine’s eastern border and in Crimea, which NATO Secretary-General Jens Stoltenberg on Tuesday called on Moscow to unwind despite Russia stating that it will continue to move its forces around as it sees fit, including for defensive purposes, and has regularly accused NATO of destabilizing Europe by moving its military infrastructure closer to Russia’s borders.

Washington is warning that Ukraine needs a strong army capable of defending itself from potential Russian aggression. “Any threat to us merely confirms our belief that our course is the right one,” Ryabkov was quoted as saying, warning U.S. warships in the Black Sea to keep their distance, given what he said was the high risk of unspecified incidents.

“There is absolutely nothing for American ships to be doing near our shores, this is purely a provocative action. Provocative in the direct sense of the word: they are testing our strength, playing on our nerves. They will not succeed,” Ryabkov said.