Philippines vows to ‘stake a claim’ on South China Sea even with bloodshed, Russia fires missiles in Black Sea exercise 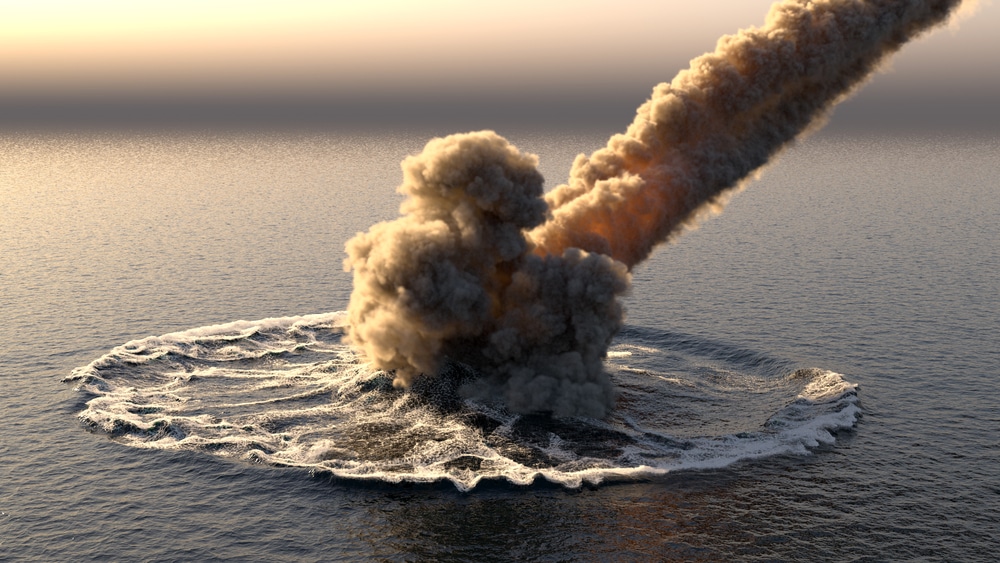 (ETH) – Tensions are escalating on multiple fronts with new reports indicating that the current President of the Philippines Rodrigo Duterte, has just issued a strong warning that his country will send naval ships to the disputed waters of the South China Sea to defend its claim.

Duterte made the latest warning via a televised briefing on Monday, where he accepted that sending ships to contest the South China Sea will likely lead to violence with China. He stated: “If we go there to assert our jurisdiction, it will be bloody.” Duterte continued to tell reporters that future disputes over marine resources would result in the Philippines sending “five coastguard ships, and they can chase…

They can play with each other, and see who’s faster”. He went on to say that he is “not so much interested now in fishing” after China sent fishing vessels with militia on board, but is more concerned about oil drilling. “When we start to mine, when we start to get whatever it is in the bowels of the China Sea, our oil, by that time I will send my grey ships there to stake a claim.

“If they start drilling oil there, I will tell China, is that part of our agreement? “If that is not part of our agreement, I will also drill oil there. “If they get the oil, that would be time that we should act on it.” This comes as tensions between China and the Philippines have only deepened in recent weeks as Beijing sends more vessels into the disputed waters.

Meanwhile, Russia has just left many even more on edge after reports have emerged of Moscow firing a barrage of cruise missiles in the Black Sea with Putin continuing to defy Western pleas to de-escalate war fears with Ukraine. Video clips, recently released by the Kremlin’s propaganda outlet TASS show a missile being launched from one of the ship’s multiple missile silos.

Russia stated that the Caliber cruise missiles were fired as part of a joint military exercise where over 20 other military vessels and around 50 warplanes were also involved.

A Russian military spokesman said: “A naval group comprising the frigates Admiral Makarov and Admiral Essen, missile corvettes Graivoron and Vyshny Volochyok, and also missile boats, small anti-submarine warfare ships and large amphibious assault ships, held an exercise to repel a notional enemy’s air attack weapons, using active radio-electronic interference.” This is the latest of provocations from Russia in an ongoing intense standoff between Russia and Ukraine that many fear could spill over into a full-blown war.