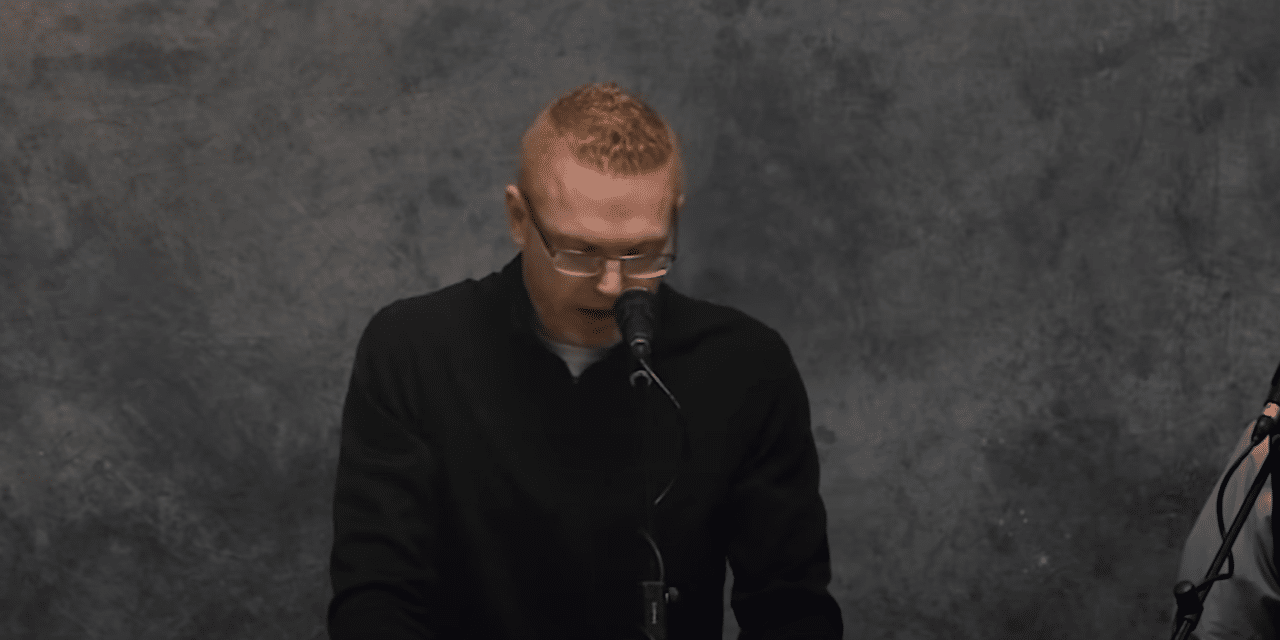 (OPINION) ETH – What we are seeing in Canada to the Church may very well be a snapshot preview of what could be coming to America in the near future.

The Canadian Pastor James Coates of GraceLife Church who was recently locked up and his Church barricaded by the government reportedly held services this weekend from an undisclosed location and published their service online, with faces blurred out of the picture.

The pastor was heard on the video saying: “They can take our facility, but we’ll just find another one.” Moments later it was followed by two men (who were only identified in the video as Joe and John) came forward to lead the congregation in a song. One of the men began by saying, “Did you ever think you’d be part of the underground church?”

After worship, The Pastor took to the microphone to deliver his sermon. It was then that he changed his message from his previous plan to preach from Psalm 56 but stated that he felt a nagging feeling that it wasn’t the right Psalm for the upcoming service. After the church was shut down, Pastor Coates said it was a confirmation that he needed to change course.

“We need a Psalm more appropriate for an occasion like this. We need to hear a ‘Jesus is Lord’ kind of sermon,” he explained. That led Coates to Psalm 2, in which he says “As we read Psalm 2, I want you to consider that what we see taking place in this Psalm though it really describes something yet future to us, is a sense in which this is taking right now at present,” Coates said.

He then went on to read Psalm 2, which says: Why do the nations rage and the peoples plot in vain? The kings of the earth set themselves, and the rulers take counsel together, against the Lord and against his Anointed, saying, “Let us burst their bonds apart and cast away their cords from us.”

He who sits in the heavens laughs; the Lord holds them in derision. Then he will speak to them in his wrath, and terrify them in his fury, saying, “As for me, I have set my King on Zion, my holy hill.”

I will tell of the decree: The Lord said to me, “You are my Son; today I have begotten you. Ask of me, and I will make the nations your heritage, and the ends of the earth your possession. You shall break them with a rod of iron and dash them in pieces like a potter’s vessel.”

Now therefore, O kings, be wise; be warned, O rulers of the earth. Serve the Lord with fear, and rejoice with trembling. Kiss the Son, lest he be angry, and you perish in the way, for his wrath is quickly kindled. Blessed are all who take refuge in him.”

Pastor named the sermon “A Vain Thing” and after explaining the context of Psalm 2, went on to discuss how Psalm 2 paralleled today in various ways. He said, “governments all over the world are counseling together in a unified effort to oppress the people they govern.”

“In that context, those who are faithful, those who follow Christ and confess that Jesus is Lord are going to be the ones they have to silence and get out of the way because everyone else is going to fall in line.”

“It’s going to be the Lord’s people who stand and herald him as king and call governments to submit to him as king and to govern in accord with the very Word that will judge them on judgement day. Even as we think about our own government, we have called them to their duty. Unmistakably, we have directed them to their duty. They know they are going to be judged in accord with the Word of God, that the Word of God is going to be the standard with which they are assessed and evaluated and they still continue to persevere in their obstinacy. This is defiance.”