Apostasy is increasing in this hour and who is to be blamed? 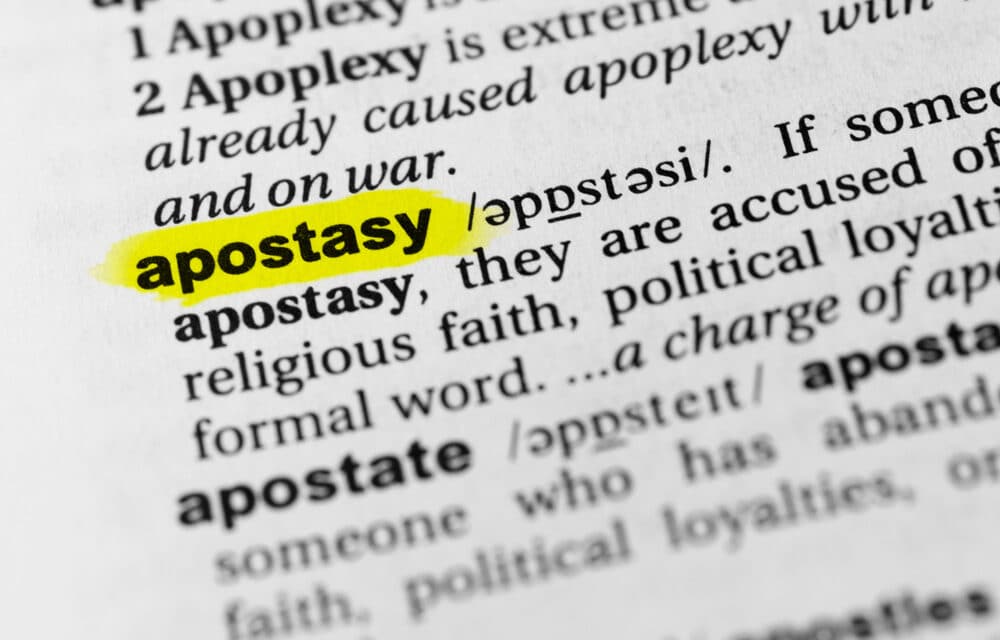 (OPINION) CP – It is no longer news that some Christians are now changing their minds about believing in God. Is it that God has disappointed such folks or is it that the foundation of their belief is faulty? What could make a Christian who has followed Christ for fifteen years or more suddenly deny Christ and say that there is no God?

A retrospective glance indicates that this phenomenon is an age-old one. Even in the biblical era there are people who are manipulated to believe that the world is governed by chance, not by God, and that morality is man-made, not divine. “The fool says in his heart, ‘There is no God’.” This verse in fact occurs in two passages in the book of Psalms (14:1 and 53:1).

My team members and I decided to conduct a survey on ex-Christians in the Federal Capital Territory of Nigeria and could not believe what we heard as we handed questionnaires to those who stay at home on Sunday mornings. We discovered that many who have been actively involved in the church are no longer interested in the church and some of them have denounced Christ and boldly told us that there was no God.

A man angrily harassed and chased us out of his compound with these words, “You frauds should leave my compound now before I lose control and butcher you guys. Where was God when bandits killed my wife and my children? I have served God with all my heart; I have never missed paying my tithe; I have sowed seed for protection for my household yet your God allowed my family members to be wiped out in a day. Leave my compound because I know that you are here to lie to me and collect my money.” READ MORE