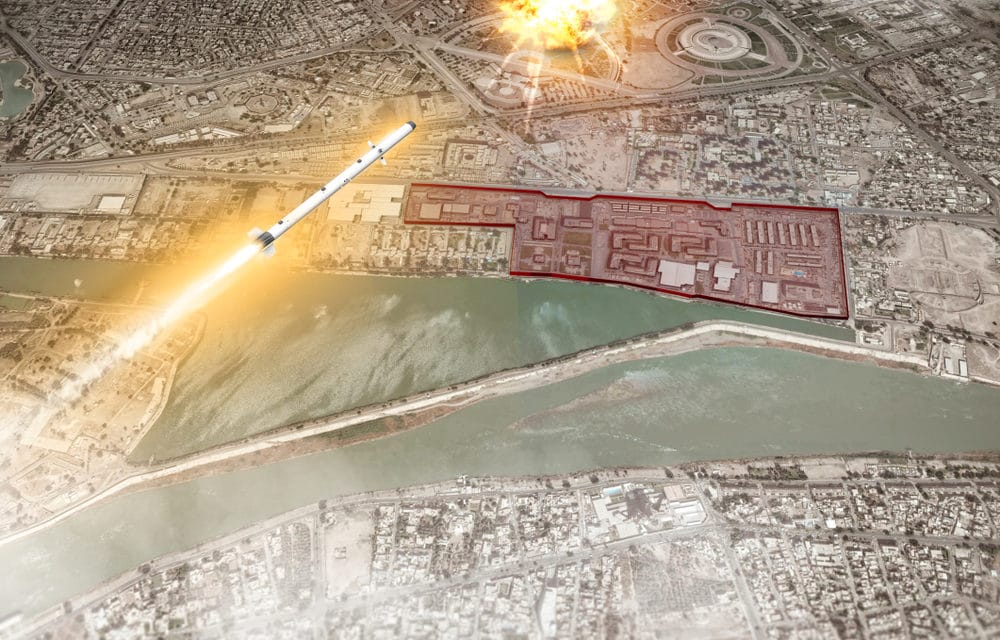 (Express) – The US Embassy in Baghdad has come under attack with rockets fired in Iraq’s capital, it has emerged this evening. At least three rockets targeted the building in the high-security green zone, which houses foreign embassies and is the seat of Iraq’s government.

One of the rockets, security sources told Associated Press, fell within the perimeters of the Embassy complex itself. A statement from the Iraq military said there were no casualties and that an investigation was ongoing. The statement added there was minor property damage, including a damaged vehicle.

The number of attacks fell in the weeks before President Joe Biden took office but they have recently restarted. The US Embassy was also a frequent target of rocket attacks during a period where war fears remained high. The incident in Iraq’s capital is the third within a week – and will likely reignite war fears in the region.

A US-led coalition contractor was killed and other civilians were wounded in a rocket attack outside Irbil international airport last Tuesday. On Saturday, rockets wounded personnel working for a US defense company at Balad airbase in Salahaddin province. READ MORE