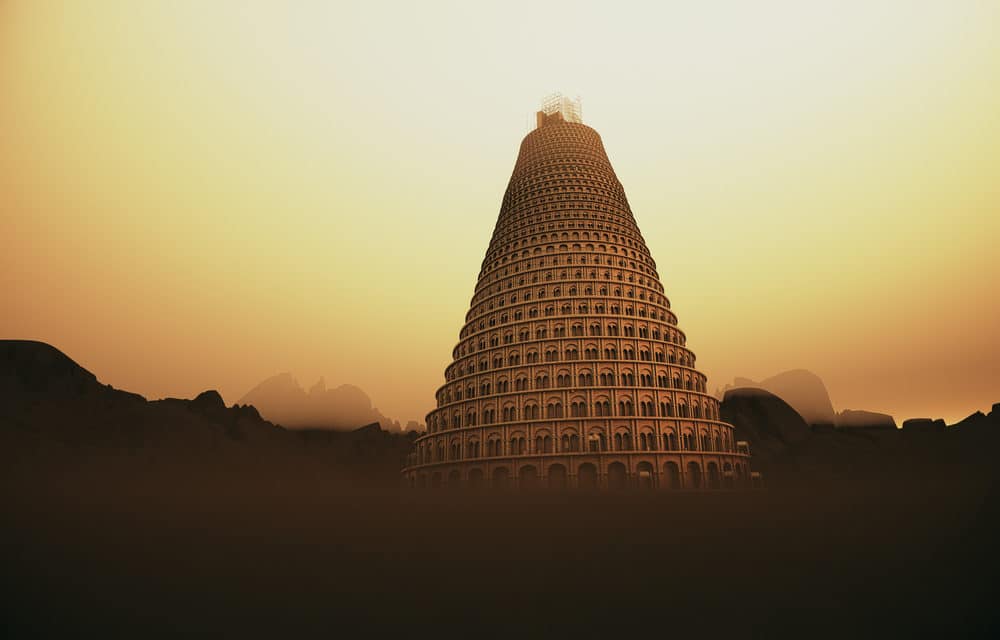 (OPINION) Express – Bible experts were “certain” the Tower of Babel – mentioned in the Bible – was real, after uncovering a “compelling clue” that matched the Genesis story.

The narrative told in Genesis 11:1–9 is said to be an origin myth to explain why the world’s peoples speak different languages. According to the tale, a united human race inhabited the land of Shinar in the generations following the Great Flood, speaking a single language and migrating eastward.

Here they agree to build a city and a tower tall enough to reach heaven, but God confounds their speech so they can no longer understand each other, and scatters them around the world. Some scholars have associated the tower with known structures, notably the Etemenanki, a ziggurat dedicated to the Mesopotamian god Marduk in Babylon, and the Smithsonian Channel revealed how a potential breakthrough was made during their ‘A Clue That Links the Tower of Babel to the Bible’ series.

The narrator said: “Evidence from ruins in Iraq, the ancient tablet descriptions and the account of the construction of the tower, create a compelling case that the Tower of Babel was real. “But how did the biblical story come about? For experts, the answer can be found by looking back at one of the most significant events in history.

“In 586BC, in a bid for world supremacy, King Nebuchadnezzar laid siege to Jerusalem 500 miles to the west, his armies ransacked the city and captured the most highly skilled and highly educated citizens to be brought to Babylon as prisoners of war. READ MORE