QAnon supporters claim Trump spoke to them in secret code 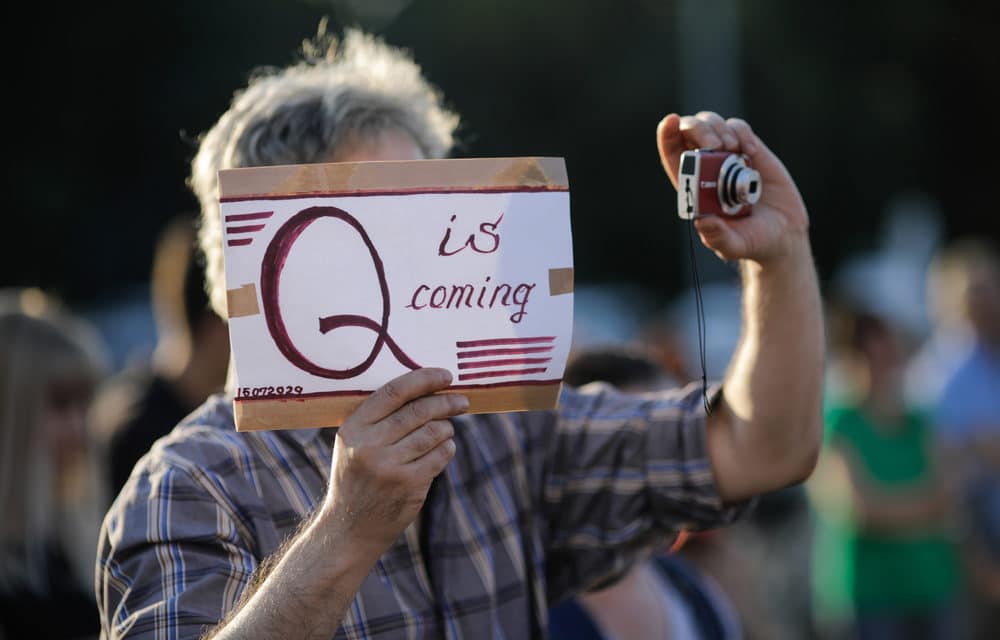 (OPINION) ETH – Many devoted QAnon supporters are claiming that President Trump was recently speaking to them through “hidden hand” gestures in his recent address condemning Capitol violence in DC.

During Trump’s video speech which was posted to the White House’s Twitter account, Trump said the rioters were not his “true supporters” and slammed the attack as a “calamity.”

However, In the video Trump is seen to moving his hand four minutes and 20 seconds in and according to a report from the SUN, QAnon devotees believe that he was sending them a message.

This conspiracy claim was announced on a pro-QAnon forum called “the Great Awakening”, where the poster allegedly claimed that Trump’s hand movements at that specific time represented “dash-dash-dot-dash,” which represents the letter Q in Morse Code.

This conspiracy claim was then quickly picked up on numerous Telegram channels that have gained huge numbers of users since Twitter removed QAnon-linked accounts and Parler was forced offline.

According to the report, QAnon supporters have been involved in much chatter on Telegram, as well as the social media site Gab, Where they believe President Trump is about to send them a message using the Emergency Broadcast System, claiming he will use this method to work around what they see as censorship by the big tech firms.

These conspiracy claims have also come with many predicting there will be a national power blackout which will signal the start of Trump’s plan to overturn what they see as the “deep state” which has been plotting against him.