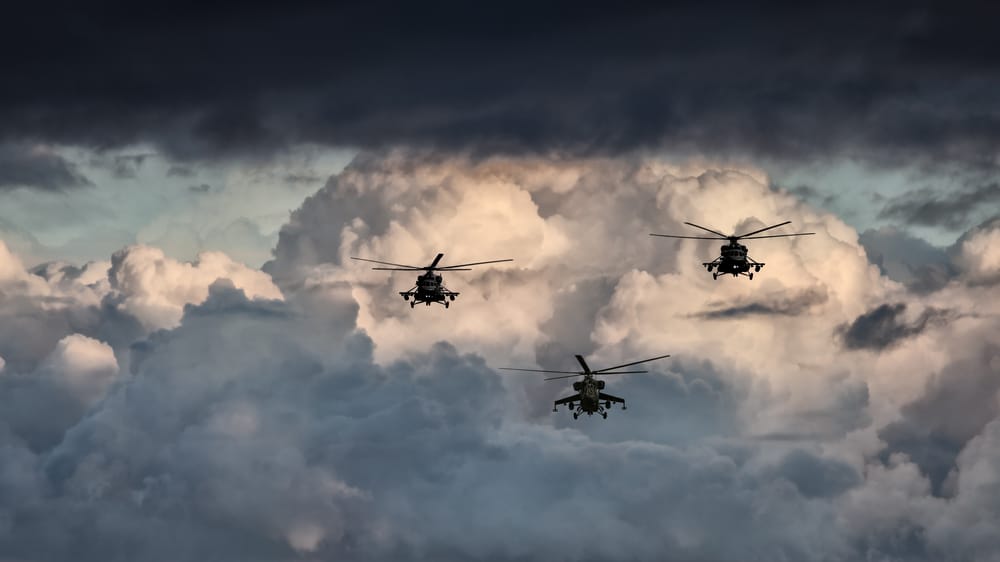 According to the report from The Drive, the choppers were also covered in antennas that one might expect to see on examples in use by military or law enforcement units. The commentators of this piece stated: “This is unlike anything we at The War Zone are familiar with, the sightings immediately caught our attention”.

It is not clear who is operating these mysterious choppers or what purpose they serve, but that these particular helicopters appear to have a very unusual history that they could be associated with a very secretive U.S. military aviation unit. According to the report, Chris Shaw of Shaw’s Aviation Photography was among the first to capture a glimpse of these choppers as they arrived at Bob Hope Airport,

also known as Hollywood Burbank Airport or KBUR, which is situated just north of Los Angeles, on Jan. 12th, 2021. Later that day, plane spotter Scott Lowe caught a glimpse of two of the helicopters leaving that airport. The Drive state: “From what we can these helicopters each have an “egg-beater” or “O Wing” type UHF satellite communications (SATCOM) antenna on their tail booms.

This installation is similar, if not identical to the one that the U.S. Army used on its now-retired OH-58D Kiowa Warrior armed scout helicopters, from which the commercial Model 407 was derived.” These helicopters also have a pair of prominent blade-type antennas that are located ventrally under the fuselage,

which are generally associated with high-frequency radios and other communications systems along with other smaller antennas that are also visible under the rear fuselage. The report also states that online flight tracking software indicated that these helicopters had flown all the way across the country, starting their trip over the weekend or late last week.