6 Asteroids Will Make Close Approaches To Earth On Inauguration Day 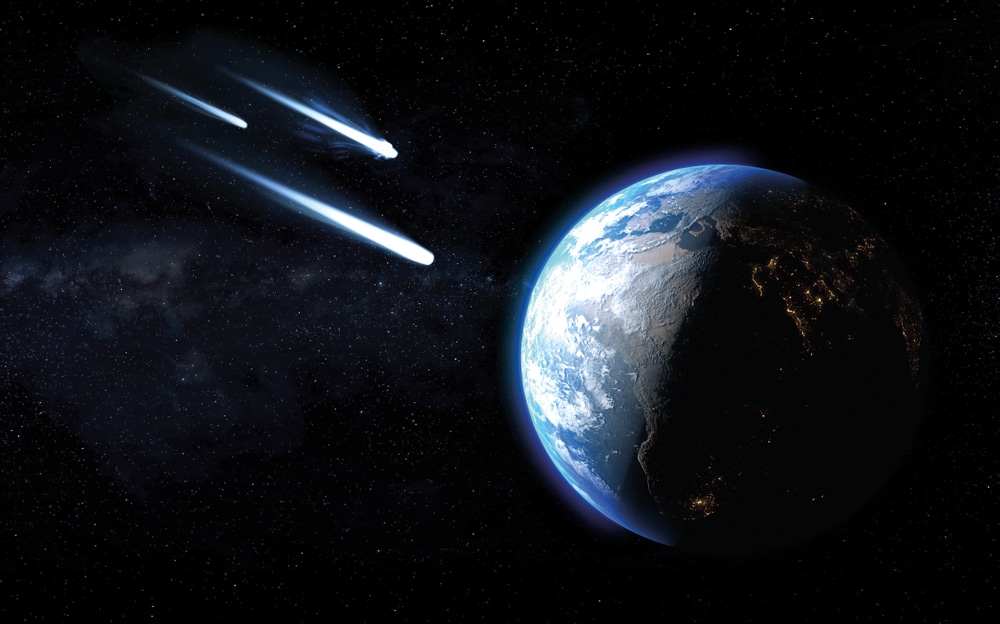 (OPINION) Michael Snyder – After all of the weirdness that we have witnessed over the past year, it just wouldn’t feel right if something strange didn’t happen on Inauguration Day.  And right on cue, NASA is telling us that six asteroids will make close approaches to our planet within that 24 hour period.

One would be noteworthy, but six almost seems like overkill.  Could it be possible that someone is trying to get our attention?  Over the past couple of years, the number of “near misses” that we have had with asteroids has seemed to increase dramatically.  And as I have discussed previously, sometimes we don’t even see them until they have already gone past our planet.

This is a trend that I am going to keep a close eye on because scientists assure us that eventually our luck will run out and our planet will get hit by a big one. The good news is that none of the asteroids that are heading our direction will hit us on Inauguration Day.  But the fact that so many are buzzing the Earth all at once is definitely noteworthy…

NASA’s Center for Near-Earth Object Studies reported that six pieces of space rock will be passing by our planet tomorrow, 20th Jan., when the US celebrates Inauguration Day — the day when the new president-elect is vested with the powers of his office.

The agency says everything should be alright and that these meteorites will zip past harmlessly. Still, after 2020 and this election’s history, we can all be forgiven some wallowing in skepticism and despair at the thought that they might not. We’ve earned it.

If 7 asteroids were zipping by our planet, many would consider that to be a good sign, because the number 7 is generally associated with good things. But the number 6 is a different matter altogether. And it turns out that one of the giant space rocks is almost exactly as tall as the Statue of Liberty… One of the rocks has the potential to be almost as big as the Statue of Liberty in New York City, an iconic American landmark. Asteroid 2021 BC will be traveling at around 29,000 miles per hour when it passes Earth and could be up to 302ft. READ MORE